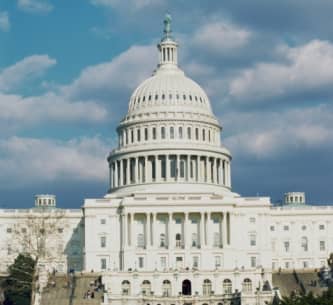 The politics and accusations that dominated the Solyndra debacle resurfaced at the latest congressional hearing on the U.S. Department of Energy's (DOE) loan-guarantee program – but this time, the discussion focused on thin-film PV module maker and loan-guarantee recipient Abound Solar, which filed for bankruptcy late last month.

Witsoe, who had only been at the helm of Abound for eight months when the company announced it was suspending operations, testified that the No. 1 reason for the company's collapse was the rapid decline in the prices of crystalline silicon solar panels – namely, modules from China.

Abound produced thin-film cadmium telluride (CdTe) modules, which, according to Witsoe, would have been able to compete with silicon modules if the company had been able to scale up its production and produce large quantities. When silicon prices began to plummet in fall 2011, however, CdTe could no longer compete with the less expensive, China-made panels, Witsoe said.

According to the U.S. Department of Commerce (DOC), Chinese companies illegally dumped their solar panels into the U.S. at prices lower than the cost at which they could produce them – a harsh reality that no one could have predicted, Witsoe testified.

"We never expected prices to fall that fast, and so far," he said.

In fact, the same week Abound filed for bankruptcy, GE announced it was delaying a CdTe module production facility it had planned for Colorado – proof that even large, well-established companies were suffering from the effects of illegally dumped Chinese solar modules, the DOE's Franz said.

While Rep. Jim Jordan, R-Ohio, repeatedly cited a"B," credit rating Abound received from Fitch that he said should have signaled a small chance the company could recover, Silver stressed that the Fitch rating was just a small part of a much more comprehensive assessment of the company's financial standing.

The loan guarantee was structured so that Abound had to meet certain milestones, and when it failed to do so, it was prohibited from receiving additional payments. Of the $400 million loan guarantee originally slated to go to Abound, the company received only $70 million, and the DOE expects to recover an additional $30 million of that amount through the bankruptcy proceedings, according to Franz.

Political accusations
Of course, election-year politics inevitably crept into – and arguably, dominated – the Abound Solar discussion. In fact, many congressional leaders at the hearing turned what was supposed to be an investigation of a solar company's bankruptcy into an anti-Obama rally.

Rep. Darrell Issa, R-Calif., attacked individual administration officials for what he called a"scandal." "The imperial presidency must end," he said.

Meanwhile, Rep. Ann Marie Buerkle, R-N.Y., played a video of an Obama re-election ad that talked about jobs and asked the panel," Wouldn't you agree that the president is being disingenuous?,"

However, Rep. Kucinich, D-Ohio, questioned Issa's use of the word"scandal," suggesting that assessments be done before accusations are made – not the other way around.

The stated purpose of the hearing was to investigate whether the Obama administration's decision to award Abound Solar a loan guarantee was politically motivated. Franz and Silver maintained that not a single project was awarded a loan guarantee on anything other than its own merits.

So, why would the DOE invest in a start-up that had yet to prove its technology was scalable?

Abound Solar represented a"major opportunity to reduce costs in solar manufacturing," said Silver, who was leading the LPO at the time Abound received a loan guarantee.

Throughout the hearing, however, Jordan repeatedly pressed Silver on his use of personal email accounts and his decision to edit an email regarding Abound Solar.

According to Issa, Silver violated the Federal Records Act, which requires federal agencies to maintain records of policies and transactions conducted for public business. After lengthy and detailed discussions on what Issa and Jordan claimed were Silver's attempts to hide emails, Cummings turned the discussion back to a larger issue: China.

China is illegally dumping solar panels and destroying American jobs, he said," but here we are talking about emails and a Blackberry."

Cummings pointed out that many of the private investors in Abound Solar were Republicans, and that the company was supported by the entire Indiana State Legislature, as well as by Indiana Gov. Mitch Daniels, who is also a Republican.

Politics aside, the larger issue remains of whether U.S. module manufacturers will be able to cut production costs enough to compete with Chinese competitors.

"This is an epidemic," added Franz," and it is having a profound and lasting effect on American business."