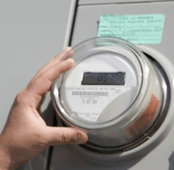 With a critical decision looming, solar advocates and local ratepayers have sent more than 38,000 emails to the California Public Utilities Commission (CPUC) over a single issue: how to calculate the state's cap on net metering.

This outpouring of opinion makes it clear that despite a favorable preliminary decision from the CPUC last month, the fight over net metering in the U.S.' No. 1 state for solar is far from over.

The controversy centers on the methodology used by California's utilities to determine when they have reached their legally mandated net-metering limit, which is set at 5% of aggregate peak demand.

The calculation method being used by the utilities divides the aggregate capacity of all net-metered systems on the grid by utility system peak demand. This choice drastically cuts the amount of potentially eligible customer-owned solar generation, according to Vote Solar, the Solar Energy Industries Association and other industry advocates.

The groups have submitted formal comments to the CPUC, in addition to spearheading a public-support campaign to encourage a CPUC decision that would require utilities to calculate the net-metering cap the way they believe the law was originally intended.

‘What advocates have asked the CPUC to consider is the actual language in the statute, which refers to aggregate customer peak demand,’ explains Annie Carmichael, solar policy director at Vote Solar. ‘That means an aggregate of individual customers' peak demand.’

Under this methodology – which was supported by CPUC Chairman Michael Peevey's preliminary ruling last month – the utilities would, therefore, divide the aggregate capacity of net-metered systems by the aggregate of individual customers' peak demand.

The language shift between the two choices may appear slight, but for California's solar sector, the implications could shape the future of the market.

‘The difference between those two methodologies is about 2.1 GW of capacity,’ Carmichael says. ‘It's a material difference.’

Under the utilities' current method, California's net-metering program would reach approximately 2.5 GW of capacity, according to Carmichael. Under the new method supported by Peevey's proposed decision, that 5% cap would likely result in approximately 4.6 GW of capacity.

Moreover, if the existing methodology were to prevail, Pacific Gas & Electric (PG&E) could reach its 5% net metering cap as early as next year.

California's other utilities would likely not reach the cap until after 2013 – even under the current methodology, Carmichael says. However, making such projections – and developing other calculations crucial to presenting the case – has been complicated by a lack of readily available, accurate information from the utilities.

‘Part of the problem is that the utilities have not been very forthcoming with data,’ she notes. ‘We are estimating from the best material that we can get our hands on.’

According to Carmichael, although some utilities have sought to spread what she says is false information about the original intent of California's 1998 net metering law, the law's author, former Assemblyman Fred Keeley, sides with the solar sector. The CPUC may find this fact relevant to its decision-making.

‘When we crafted California's original net metering law, the goal was to maximize the amount of clean distributed energy on the grid,’ Keeley said in a statement cited by Vote Solar. ‘By proposing this methodology, the CPUC is complying with the original legislative intent.’

At least one California PV system integrator has also publicly entered the debate. Dan Sullivan, president of San Diego-based solar company Sullivan Solar Power, says he has personally met with the CPUC in San Francisco on several occasions to discuss the net-metering issue.

As the organizer of an industry protest against San Diego Gas & Electric's ‘network use charge’ last year, Sullivan is no stranger to the increasingly frequent conflicts emerging between the PV sector and utilities. He and his San Diego Solar Coalition ultimately saw the CPUC strike down the utility's charge early this year.

‘For most, when faced with the prospect of either adhering with the law or breaking it, they choose to adhere,’ Sullivan said in a statement. ‘With the utilities, they try to change the law rather than comply. I am hopeful both the legislature and [CPUC] let the utilities know that times are changing. Solar is here to stay, and they are going to have to live with it.’

The CPUC may announce its final decision May 24, Carmichael says. Even if the commission's members rule in favor of the industry's preferred net-metering methodology, however, the 5% cap will eventually be reached, and more work remains to be done on a thorough analysis of the costs and benefits of net metering. As solar power deployment increases, the need to examine these issues has become more urgent.

‘The last time California did a study was in 2008,’ she notes. ‘Rate structures in California, especially in PG&E territory, have changed dramatically since then. The study is outdated – it doesn't match the reality of costs and benefits.’

The CPUC plans to commission a new study in the future, according to Carmichael. At that point, the California legislature may be willing to tackle net-metering law once again in order to allow for possible capacity beyond the 5% cap.