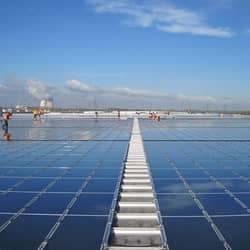 New figures released by Germany's Federal Network Agency show that 1,073 MW of PV were installed in the country in December – the second-highest monthly capacity for the year. Although no end-of-year rally took place, 2010 was another record-breaking year for the German PV industry, says Bonn, Germany-based market research firm EuPD Research.

Installed capacity in 2010 totaled 7.25 GW in 242,893 systems, representing year-over-year growth of 91%. ‘These figures are not a surprise,’ says Markus A.W. Hoehner, CEO of EuPD Research. ‘Newly installed capacity is, for the most part, in line with our forecast.’

Systems between 10 kW and 30 kW made up 26% of newly installed capacity, making them the greatest contributor to growth in 2010. The midsize to large-size market segment – systems between 100 kW and 500 kW – showed year-over-year growth of 174%.

Bavaria once again led Germany in 2010, with an installed capacity of 2,379 MW, EuPD Research adds. The state of Baden-Wuerttemberg came in second, and North Rhine-Westphalia came in third.

Although business was slow at the start of this year, the market is set to pull forward in the coming months, as soon as prices stabilize, EuPD Research predicts. The company also believes that development in the German market is likely to be somewhat dependent on the political decisions pending in Italy.

Photo: This PV plant, installed on the roof of the Goodyear Dunlop logistics center in Phillippsburg, Germany, was completed by PV julist and juwi at the end of 2010. Photo credit: juwi