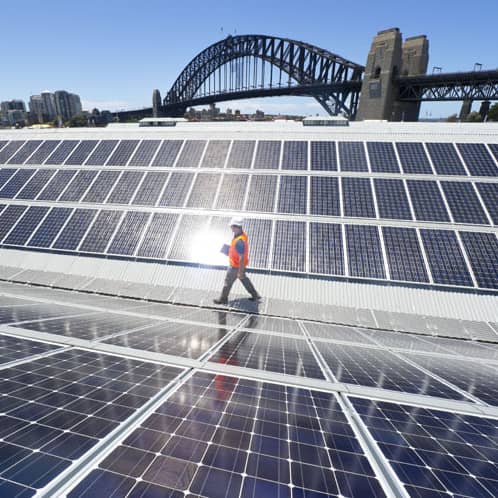 A period of highly competitive pricing from PV module suppliers has led to a decline in gross margins of more than 25% in the last six months, according to the latest analysis from IMS Research. Suppliers have been forced to engage in a tough price war, but they have not been able to reduce their costs as quickly as their prices. Their margins have been the victim, IMS Research explains.

IMS Research's quarterly report reveals that PV module suppliers have reduced prices by around 15% in the last six weeks in order to compete in an industry that is currently plagued by oversupply.

Average crystalline PV module prices had been close to $1.80/W in the first quarter of 2011. However, a sudden change in market dynamics has resulted in sharp price declines, and the same modules are now being consistently priced below $1.40/W.

Average polysilicon prices' stubbornly remaining above $50/kg has limited the ability of downstream suppliers to reduce their costs, the report adds.

‘Vertically integrated Chinese tier-one suppliers of crystalline PV modules have some of the most competitive cost structures in a wide field of manufacturers, and had been producing with gross margins in the high twenties in 2010,’ says Sam Wilkinson, senior market analyst at IMS Research. ‘Margins have already fallen from their peak in the third quarter of 2010.’

‘Current pricing levels are putting huge pressure on these suppliers' margins,’ he continues. ‘We believe their average gross margins could fall below 20 percent by the third quarter of 2011, with tier-two suppliers' margins even lower.’

IMS Research estimates that the total gross profit generated by the global PV module supplier base, which had averaged around $2.5 billion per quarter in 2010, declined sequentially by close to 40% in the first and second quarter of this year, due to reduced margins and declining shipments.

A rebound in demand is predicted in the second half of the year, which will help suppliers' profits to recover. The company predicts that total PV module supplier gross profit will grow once again in the third and fourth quarters.