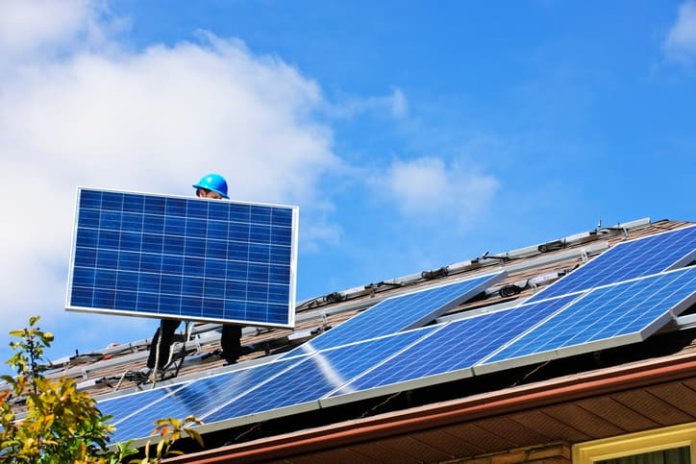 The Maine Public Utilities Commission (PUC) has made a ruling to gradually phase out retail-rate net energy metering (NEM) in the state, and although it appears the commission tried to find a balanced approach to appease NEM supporters and opponents, some stakeholders from both sides have denounced the outcome.

NEM, a policy under which utilities compensate solar customers for their excess energy, has been a contentious issue in Maine. After Gov. Paul LePage, R-Maine, vetoed a compromise bill to reform the state’s solar policy in April, the fate of NEM was handed over to the PUC. In December, the commission said it was postponing its decision in order to fully weigh all of the feedback it collected.

In a press release announcing the PUC’s final rule, Chairman Mark Vannoy says, “The commission received many useful comments over the last several months regarding this rule, and all the comments were reviewed and analyzed carefully.”

The PUC emphasizes the rule only applies to residential rooftop solar, not large-scale installations.

“Many projects are being built across the state today based on existing market mechanisms,” the PUC explains in the release. “The commission decided not to address larger-scaled projects and community projects as part of the [NEM] rules to ensure we stayed within our regulatory function, and in light of legislative initiatives in these areas.”

Although grandfathering has been a problem in other states that tackled NEM reform,especially in Nevada, the Maine PUC rule grandfathers in all existing residential solar customers under the current retail NEM rates for 15 years. In addition, the compensation changes don’t go into effect until Jan. 1, 2018, meaning that anyone who signs up for NEM over the next year will also cash in on the full rates for a 15-year period.

Starting in 2018, the current retail NEM rate will drop 10% annually until it is phased out over the next 10 years. Notably, though, a customer’s rate will be locked in for 15 years at whichever level it is when the customer enters the NEM program.

In the PUC release, Vannoy says the rule “maintains incentive margins consistent with the declining costs of solar technology.”

The release adds, “The incentives to [NEM] customers under the new rule should not change the length of time it takes for a customer to recoup their investment. The estimated payback for new installations will be similar to what it has been historically.”

Despite the PUC’s efforts to strike a balance, some stakeholders argue the new rule goes too far, while others claim it doesn’t go far enough.

Solar advocates, such as the Natural Resources Council of Maine (NRCM), say the NEM phase-out will hurt the state’s market. In fact, Dylan Voorhees, clean energy director for the NRCM, charges that the rule will “gut the long-standing ability of Maine consumers to generate their own power.”

“That is the wrong direction for a state that is already in last place regionally on solar per capita and has so much to gain from growth of solar power,” comments Voorhees. He hopes state legislators, which worked with solar stakeholders on the compromise bill that LePage ultimately vetoed last year, will again try to address the solar issue.

“The rules make it clearer than ever that it is critical for lawmakers to regain control of Maine’s solar policy and pass legislation this session,” says Voorhees. “Continued policy and regulatory uncertainty is crippling Maine’s ability to grow a large, mature solar industry.”

At least one state lawmaker, Rep. Seth Berry, D-Bowdoinham, has indicated he is ready.

In a statement, Berry, who is the House chair of the legislature’s Energy, Utilities and Technology Committee, says, “Clean renewable energy sources are the best pathway our state has to lower energy prices, more good-paying jobs and a smaller carbon footprint. The rule adopted … by the PUC seems to take us in the wrong direction by making major and disruptive changes despite overwhelming public input regarding risks to our energy and jobs markets. This rulemaking only underscores the need for the legislature to move quickly to protect jobs, ensure market stability and keep Mainers in control of their energy future.”

Meanwhile, it seems LePage, a long-time critic of NEM, is also unhappy with the final rule. A Press Herald report cites a statement from the governor saying, “Net energy billing customers should be compensated for the electricity they generate at fair market rates. Other ratepayers should not be subsidizing those installations to make solar viable. If it cannot stand on its own two feet, they should not have to pay higher rates to some of the more affluent ratepayers.”