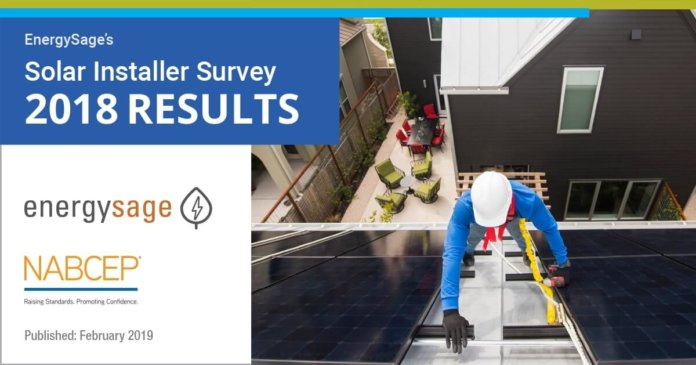 EnergySage and the North American Board of Certified Energy Practitioners (NABCEP) have released the results of their fourth annual Solar Installer Survey, which captures key observations about the U.S. solar industry from local, regional and national solar installers. Over 870 residential and commercial installers across the U.S. participated in this year’s survey, which was fielded and authored by EnergySage in partnership with NABCEP.

Among this year’s central findings is the overwhelming support for U.S. Sen. Chuck Schumer proposal to include permanent tax incentives for clean electricity and storage, such as the federal investment tax credit (ITC), into any infrastructure bill passed by Congress. Nearly eight out of 10 solar installers surveyed said they agree or strongly agree with such a proposal. With responses across America and from traditionally red and blue states, solar installers indicated broad and bipartisan support for a permanent ITC extension.

“At a time when it’s become clear that solar energy can provide clean energy and create jobs and economic growth, this survey shows that installers are deeply engaged in growing the industry and supportive of sensible bipartisan policy,” comments Abigail Ross Hopper, president and CEO of the Solar Energy Industries Association. “The growing role of storage and community solar as a part of these companies’ portfolios demonstrates the continued emphasis on new opportunities in the solar industry.”

Other major insights from the 2018 Solar Installer Survey include as follows:

“Industry surveys like this one are an incredibly important tool for us to recognize emerging trends and develop strategies to adapt to those trends,” says Shawn O’Brien, executive director of NABCEP. “At NABCEP, we’re passionate about listening to and responding to developments within the industry, and the results of this survey help us better understand the current needs and future challenges of solar professionals.”

“Thank you to everyone who took this year’s survey and to the organizations that helped us gather such critical information,” adds Vikram Aggarwal, CEO and founder of EnergySage. “We publish reports like this to ensure that all members of the solar industry are constantly learning from one another and helping each other succeed.”

EnergySage fielded the survey between Dec. 17, 2018, and Jan. 18, 2019. In addition, NABCEP sent the survey to its own installer networks. In total, 871 solar installers located across 48 states, the District of Columbia and Puerto Rico participated. 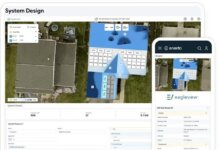