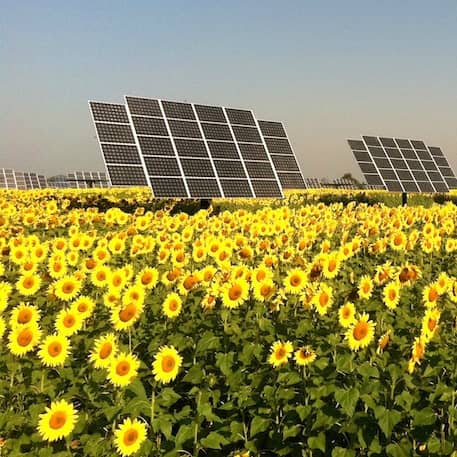 The roller-coaster ride for California's S.B.843, which would have established a framework for shared community solar installations, ended with a disappointing jolt last week. Despite an initially trustworthy vote agreement brokered by the bill's supporters and leading policymakers, the legislation failed in the waning hours of California's 2012 legislative session.

As the clock ticked, Wolk was approached by the Speaker of the Assembly, John A. Perez, who proposed a deal involving an amended version of the bill to be presented to U&C Committee Chairman Steven Bradford.

The amendments would include the addition of consumer-protection language and a drastic scale-down of the program, to 500 MW. Under the agreement, Bradford would then convene a committee session, express his satisfaction with the amended bill, hold a vote and pass the bill back to the Assembly, which was expected to vote favorably and then send the bill onward to the Senate.

‘This offer was a roundtrip ticket to the committee,’ says Tom Price, director of policy and market strategies at CleanPath Ventures. Therefore, the reduction of the community solar program to pilot-size did not faze its supporters.

‘If [the program] started small and there was enormous demand, it would make its own case for a look the following year,’ Price notes.

Committee confusion
As planned, the modified legislation was returned to the U&C Committee. But the committee recorded four votes in favor, three opposed and eight abstentions.

Eight votes in favor – a majority – were required. Consequently, although the bill had enough votes to win on the floor – per the ‘conservative’ tallies of Price and his colleagues – it died in committee.

Price says it was Bradford – a former SCE executive – who failed to hold up his end of the bargain.

‘The chairman was supposed to convey that he was satisfied with the amendment,’ Price says. ‘That is not what happened. It was very clear from the tenor and tone of Chairman Bradford's comments that he was less than enthusiastic. That confused a lot of the members.’

Wolk blamed the bill's defeat on utility interference. ‘Unfortunately, PG&E and Southern California Edison control the [Utilities & Commerce] Committee,’ she said in a statement, adding that S.B.843's supporters were ‘simply no match for the high-paid lobbyists and the campaign contributions of these monopoly corporations.’

‘We know that the CEO of PG&E was personally calling members of the Assembly, lobbying them to vote against the bill,’ Price concurs. ‘They hired a fleet of contract lobbyists.’

In an editorial penned for the Sacramento Bee, PG&E said that community solar would ‘burden’ customers who do not opt in to the program.

‘PG&E estimates that S.B.843 would shift $4 billion in statewide costs from participating to nonparticipating customers over its life – $1.7 billion for PG&E customers,’ wrote Fong Wan, senior vice president for energy procurement. ‘Effectively, this bill would require PG&E to procure power at high renewable prices, but not allow PG&E to count the power toward California's 33 percent renewable [energy] goal.’

Furthermore, according to committee hearing comments submitted by SCE, the program conflicts with federal law and could result in having ‘unregulated entities’ active in the retail electricity market.

These types of objections from investor-owned utilities (IOUs) are nothing new, says Ben Higgins, director of government affairs at Mainstream Energy Corp.

‘The IOUs in California have conveyed a growing amount of concern regarding renewable energy programs generally,’ he says. ‘One of their concerns is that the state is not taking a comprehensive look at the costs for ratepayers and not accounting for these costs in their current rate design.’

Next steps
Wasting no time, S.B.843's advocates have already begun redrafting the bill in an effort to address concerns posed by utilities and other parties. The California Legislature will reconvene in January 2013, when Price and his colleagues plan to make another push.

Higgins notes that if community solar legislation is signed into law by Gov. Jerry Brown, D-Calif., program details must then be ironed out by the California Public Utilities Commission (CPUC) – an often lengthy process.

‘What we've learned in solar is that shepherding bills through the legislature is only half the battle,’ he points out. ‘The implementation at the PUC is absolutely critical to creating a workable program.’

Ultimately, Price says, community solar legislation is both inevitable for the state and necessary for California's solar sector: Failing to eventually access the 75% of customers who are not well suited for traditional rooftop solar will amount to a massive market failure and a missed opportunity.

‘We've done a great job of putting solar on the roofs of people who have them, but most people don't have roofs,’ he says.