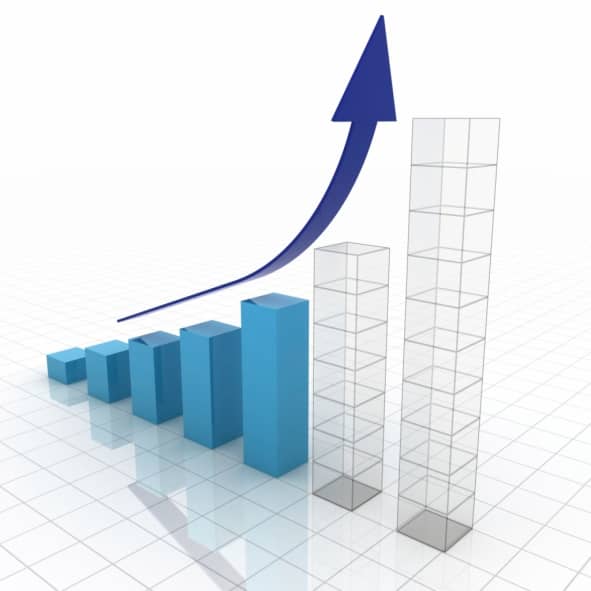 The worldwide market for PV storage will grow rapidly to reach $19 billion in 2017, from less than $200 million in 2012, according to a new report from IMS Research, now part of IHS Inc.

Following the introduction of an energy storage subsidy in Germany, global installations of PV storage systems are forecast to grow by more than 100% a year on average over the next five years. According to the report, Germany will lead the PV storage market, accounting for nearly 70% of storage installed in residential PV systems worldwide this year.

However, IHS says opportunities also will exist in other regions and applications in the future, and Germany's share of the global market naturally will fall as a result.

Germany's long-awaited subsidy for PV storage systems is due to launch on May 1. IHS predicts that the subsidy will promote rapid growth in the German residential sector and result in almost 2 GWh of effective storage capacity being installed during the next five years.

"As a result, 8 MW of PV systems were already installed with storage in Germany in 2012, prior to the subsidy being released,’ he continues. ‘The introduction of the widely anticipated subsidy will quickly accelerate uptake by making the lifetime cost of PV systems with storage cheaper compared to those without it." 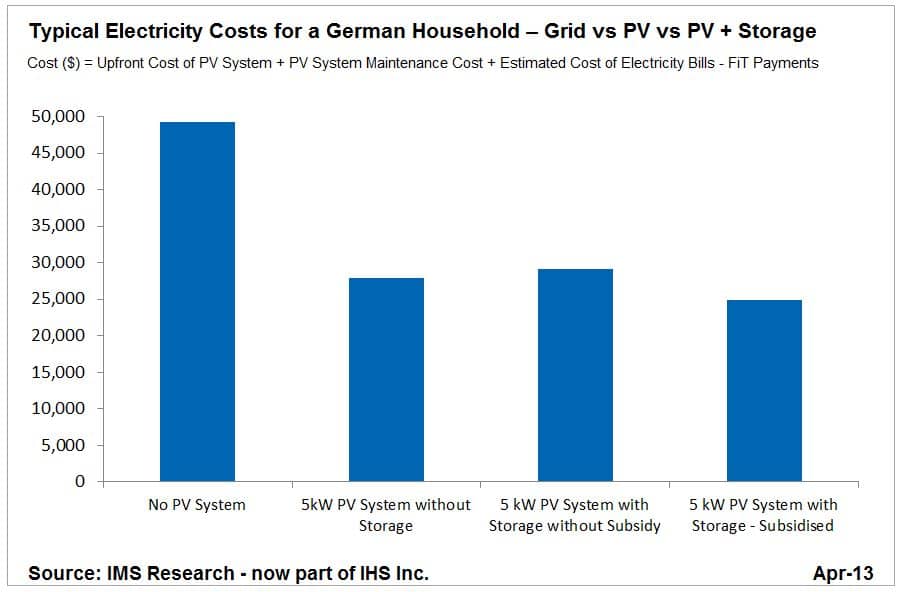 Although the rates are not confirmed yet, IHS says the proposed subsidy will reduce the average 20-year cost of a PV system with storage to 10% less than a system without it. Previously, the report adds, the high cost of batteries had more than offset the savings created by increased self-consumption, and PV systems without storage offered a more attractive return.

Following the leader
While Germany is forecast to remain one of the largest markets for PV storage, energy- storage solutions will also be deployed in a wide range of other regions, the report finds. Germany was the pioneer of the FIT for PV systems and, along with Japan, initially drove the PV market's development.

As the first country to introduce a subsidy for PV storage, Germany will inspire other countries to follow suit, if the scheme proves successful, IHS expects.

"We do expect that other countries will follow Germany's example and adopt similar subsidy schemes to promote the use of PV energy storage – particularly where there is a case for promoting self-consumption and grid stability," Wilkinson says.

"Even without subsidies though, storage can be an attractive proposition in conjunction with residential PV systems in some markets, such as the U.K., where the market is forecast to begin growing quickly in 2014, when the price of batteries is predicted to have fallen sufficiently to make PV storage financially viable," he adds. 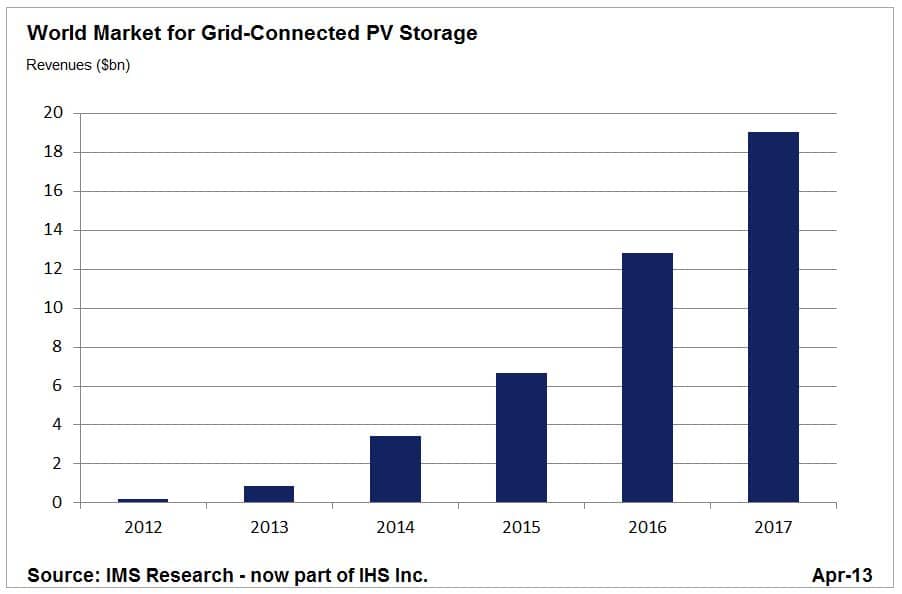 IHS also expects storage to be used in larger systems, in order to improve the integration of PV into the grid, increase the financial return of PV systems and meet the increasingly demanding connection requirements that some countries are imposing on intermittent electricity sources like PV. Utility-scale PV systems with storage are forecast to grow to more than 2GW annually by 2017, according to the report, with Asia and the Americas dominating this market.