Team Austria from the Vienna University of Technology has won the U.S. Department of Energy (DOE) Solar Decathlon 2013 with its Living Inspired by Sustainable Innovation (LISI) house. The DOE says the winner of the Solar Decathlon is the team that best blends affordability, consumer appeal and design excellence with optimal energy production and maximum efficiency.

The first-time U.S. competitor impressed juries with its LISI house, after winning first place in the Communications Contest, second place in Market Appeal and tying for third place in Engineering. Team Austria received first place in both the Hot Water and Energy Balance contests.

The LISI house incorporated a number of technologies, including the following:

According to Team Austria, the 8.62 kW system will yield approximately 13,000 kWh of electricity annually. The PV system consists of 13 Kioto Photovoltaics and 22 Holleis Lotus G2 polycrystalline silicon modules. The 13 Kioto modules are connected to a 3 kW Fronius inverter in one string. The 22 Holleis modules use power optimizers integrated into their junction boxes and are connected to a 5 kW SolarEdge single phase inverter in one string.

The Solar Decathlon 2013 final scoring results can be found here. 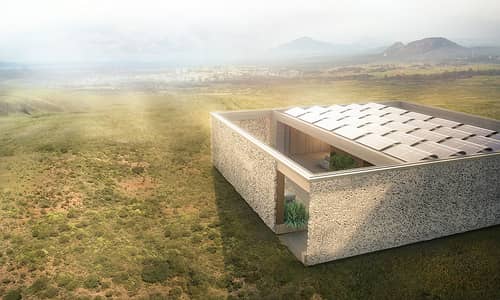