The enforcement and compliance arm of the U.S. Department of Commerce intends to investigate whether imported solar cells and modules from Vietnam, Malaysia, Thailand and Cambodia are circumventing federal antidumping and countervailing duty orders on crystalline silicon photovoltaic cells from China.

The decision was prompted by a request from U.S.-based solar company Auxin Solar, which in February reached out to the department and asked that regulators look into whether solar cells or modules produced or assembled in those Southeast Asia countries use parts or components from China.

If so, those cells and modules may be subject to the same or similar antidumping and countervailing duties, adding significant downstream costs to these products and, in turn, potentially increasing the cost of solar installations overall.

At the heart of the issue is Auxin’s contention that U.S.-based solar manufacturers and assemblers cannot compete with low-priced solar products coming from China: the main driver behind the antidumping and countervailing duties themselves.

Opponents such as Auxin believe those tariffs, however, have little effect if Chinese solar manufacturers – Jinko Solar, Hanwha Q CELLS, Trina Solar, Yingli, JA Solar and others – can simply export materials and products to places like Vietnam, Malaysia, Thailand and Cambodia for final production and assembly, and thereafter exportation to the U.S., circumventing the tariffs.

The industry’s largest trade groups and advocates fall on the side of the larger supply chain, stressing that the commerce department’s decision to further investigate alleged circumvention and potentially expand solar tariffs would be profoundly adverse.

“This misstep will have a devastating impact on the U.S. solar market at a time when solar prices are climbing, and project delays and cancellations are adding up,” Solar Energy Industries Association (SEIA) president and CEO Abigail Ross Hopper said in a statement.

“President Biden has been clear that the best way to grow domestic manufacturing is to create a policy environment that encourages private investment. This decision directly contradicts that goal – more tariffs are not the answer,” she added.

“If its commitment to a clean energy future is real, the administration will reverse this decision immediately,” remarked ACP CEO Heather Zichal, noting that the Department of Commerce “drove a stake through the heart of planned solar projects and choked off up to 80 percent of the solar panel supply to the U.S.”

“Every day this investigation hangs over the solar community is a day of lost jobs and postponed solar projects critical to the administration’s climate agenda,” she added.

The department has not issued a formal set of actions or a timeline for its circumvention inquiries. 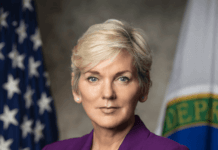