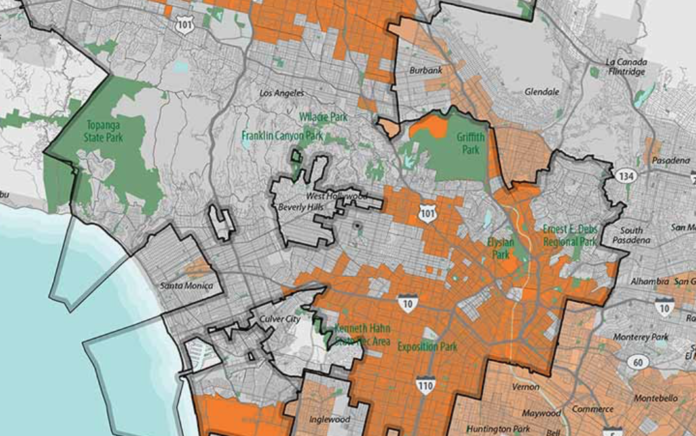 Meeting Los Angeles’ ambitious goal of 100% renewable electricity by 2045 – or even 2035 – is achievable with the rapid deployment of wind, solar, storage and other renewable energy technologies this decade, according to a years-long analysis by the U.S. Department of Energy’s National Renewable Energy Laboratory (NREL).

The combined effects of energy efficiency, electrification and demand response yield large benefits to greenhouse gas reductions and public health and help cost-effectively manage the clean energy transition. In addition to identifying pathways for Los Angeles, the study illuminates the potential for other municipalities, large and small, to embark on similar analysis and contribute toward national efforts to decarbonize the U.S. power sector by 2035.

The Los Angeles 100% Renewable Energy Study (LA100) provides insights into how the Los Angeles Department of Water and Power (LADWP), a vertically integrated utility that owns its generation, transmission and distribution system, can meet clean energy targets established by Mayor Eric Garcetti and the Los Angeles City Council in 2016 and 2017. LADWP, the largest municipal utility in the country, currently generates more than half of its electricity from renewable and zero-carbon resources.

The LA100 analysis stops short of making specific policy or project recommendations but identifies no-regrets investments the city can consider now to reap potential benefits to reliability and greenhouse gas reductions in the coming decade – deployment of new solar, wind, batteries and transmission within and outside of the city – paired with upgrades to the local distribution system and smart-grid operational practices that make more efficient use of these investments.

“Reliability of the grid is paramount, especially in a future when more consumer products like cars are electrified,” says Jaquelin Cochran, manager of NREL’s grid systems analysis group and principal investigator of the LA100 study. “Our models subjected the grid to multiple stresses – from higher temperatures due to climate change, to wildfire risks that could take out transmission lines for weeks or even months at a time.”

The analysis showed multiple paths exist for the city to reach its goal. Each scenario follows a similar trajectory up to 80% – 90% renewable generation. Wind and solar resources – enabled by storage – provide the majority of the energy required to meet the future load.

Where the pathways diverge is in how to cost-effectively and reliably meet the remaining energy demand that cannot be easily served by wind, solar and batteries. For the last 10% (going from 90% renewable electricity to 100%), all scenarios rely on some type of renewably fueled combustion turbine built inside the city that can come online within minutes and run for several days when needed. Such technology is still used infrequently, like peaking plants today.

Meeting the challenge of the final stretch toward 100% highlights future research directions at the local scale and beyond – such as developing the infrastructure required to produce and store hydrogen or multi-day demand response programs that could provide a lower-cost alternative.