Home Solar News The Report Card Is In: What Has The ARRA Done For Solar? 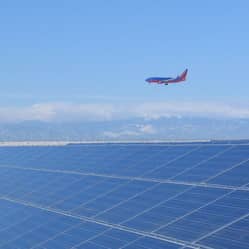 Two years ago this month, President Obama signed into law the American Recovery and Reinvestment Act (ARRA), a far-reaching economic stimulus package with a significant focus on renewable energy investment.

Now, as report cards and progress reports are issued for the ARRA, the solar sector is examining how this legislation has helped propel its successes over the past two years and whether both the ARRA and the solar market itself have lived up to expectations.

Clean energy investments account for a full 30% of ARRA appropriations directed toward infrastructure improvements, according to a new report from SBI Energy, which calls the ARRA ‘the boldest countercyclical fiscal expansion in U.S. history.’

The $94 billion poured into public spending – in the form of both direct funding and tax credits – for solar energy and other forms of renewable energy was accompanied by lofty goals, including transitioning the U.S. to a clean energy economy and doubling the U.S.' renewable energy generation capacity by 2012.

‘Such a transition is expected to lead to the achievement of several strategic outcomes beyond employment stabilization and growth, including reduced national dependence on oil, enhanced national security and reduced environmental impacts,’ SBI Energy says in its report, titled ‘ARRA Report Card: Two Years Later.’

For solar power specifically, ARRA expectations included cutting the costs of solar power in half by 2015 – bringing them in line with the cost of retail electricity from the grid. For rooftop PV, power costs were expected to drop from $0.21/kWh in 2009 to $0.10/kWh in 2015.

Thanks to ARRA programs, the U.S. is on track to reach this milestone, according to an August 2010 report from the office of Vice President Joe Biden. Biden cited the Section 1603 cash-grant program from the U.S. Department of the Treasury, the U.S. Department of Energy's (DOE) 48C Manufacturing Tax Credits program (also known as the DOE loan-guarantee program) and the DOE's PV technology incubator program as crucial in allowing the U.S. to stay on track in achieving its solar energy goals.

‘One key success factor for the ARRA has been its ability to leverage federal funding with co-investments from the private sector and state and local governments to complement its investments in a wide range of activities,’ SBI Energy says. ‘This use of leverage or co-investment has potentially increased the overall amount of support the ARRA is providing to the U.S. economy.’

For instance, leveraged co-investment has disbursed $4.7 billion in grants for individuals and businesses to cover 30% of renewable energy installation costs. This ARRA-sponsored grant program, which has spurred over $13 billion in total investment activity, has supported over 650 solar projects, according to SBI Energy.

Recent news headlines, such as Evergreen Solar's moving its PV module assembly from Massachusetts to China, may cast doubt on such aims. However, SBI Energy says the U.S. is making ‘significant progress’ in renewable energy manufacturing capacity.

In fact, annual domestic manufacturing of PV modules is expected to grow from less than 1 GW in 2008 to almost 4 GW in 2012. This promising projection – which SBI Energy says is based on data from the Obama administration's Council of Economic Advisers (CEA) – can be strongly attributed to the ARRA.

‘The CEA concludes that without ARRA investments, it is likely that the pace of renewable energy project construction and manufacturing growth would have slowed dramatically due to the sharp economic and financial downturn over this period,’ the report explains.

Photo: This 1.6 MW PV project at Denver International Airport, developed by MP2 Capital, was one of the first solar plants completed with the help of the ARRA's Section 1603 program. Photo courtesy of MP2 Capital.