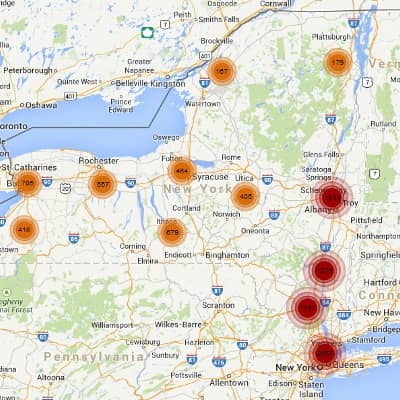 1366 Technologies develops and manufactures silicon wafers as a ‘drop-in’ replacement for conventional wafers. Construction of the manufacturing facility will require two phases over the next five years. The initial capacity of the plant is expected to be 250 MW of wafers per year. The company plans to eventually expand the plant's capacity to 3 GW per year. Over the course of the project, 1366 will invest approximately $700 million, including a $100 million initial investment.

In order to encourage 1366 Technologies to establish its new manufacturing operations in the Finger Lakes region, Gov. Andrew Cuomo's administration offered an incentive package of up to $56.3 million and up to 8.5 MW of low-cost hydropower. State agencies providing incentives and support include Empire State Development, the New York Power Authority, theÂ New York State Energy Research and Development Authority, and the New York State Homes and Community Renewal.

The Genesee County Economic Development Center will consider local incentives of up to $41.7 million, including $12 million for the first phase of construction.