In June 2011, a deadly tornado ripped through central Massachusetts, carving a path of destruction through Springfield and towns to the East. In Brimfield, the storm made a ruin of facilities owned by the Springfield Boys & Girls Club.

‘A local contact introduced us to the boys club, and we bought the land,’ Worden says. ‘After the tornado damage, the road-front land was just really trashed, and the land was a really good value.’

The land consisted of three parcels fronted by main road, of which two were suitable for solar arrays. The third parcel consisted mainly of wetlands and was left undeveloped. The usable parcels sloped up to a plateau. However, the land was quite rocky – typical for New England – and thus unsuitable for a post-driven ground-mount system.

‘Interconnect was actually really easy because the tornado took all the original wires down,’ Worden says. ‘National Grid had gone in there and put in brand new wires that had much more capacity.’

The project, which has recently been sold, has a number of off-takers, including the Greater Lowell Vocational Technical High School, in Tyngsborough. The protect was one of the last to qualify under Massachusetts' original solar renewable energy certificate (SREC) program. The commonwealth has since launched a revised SREC II program.

Worden says the solar project has turned a local disaster into a benefit for Brimfield, which had been receiving only a couple of thousand dollars a year in taxes from the land when it was owned by a nonprofit organization. 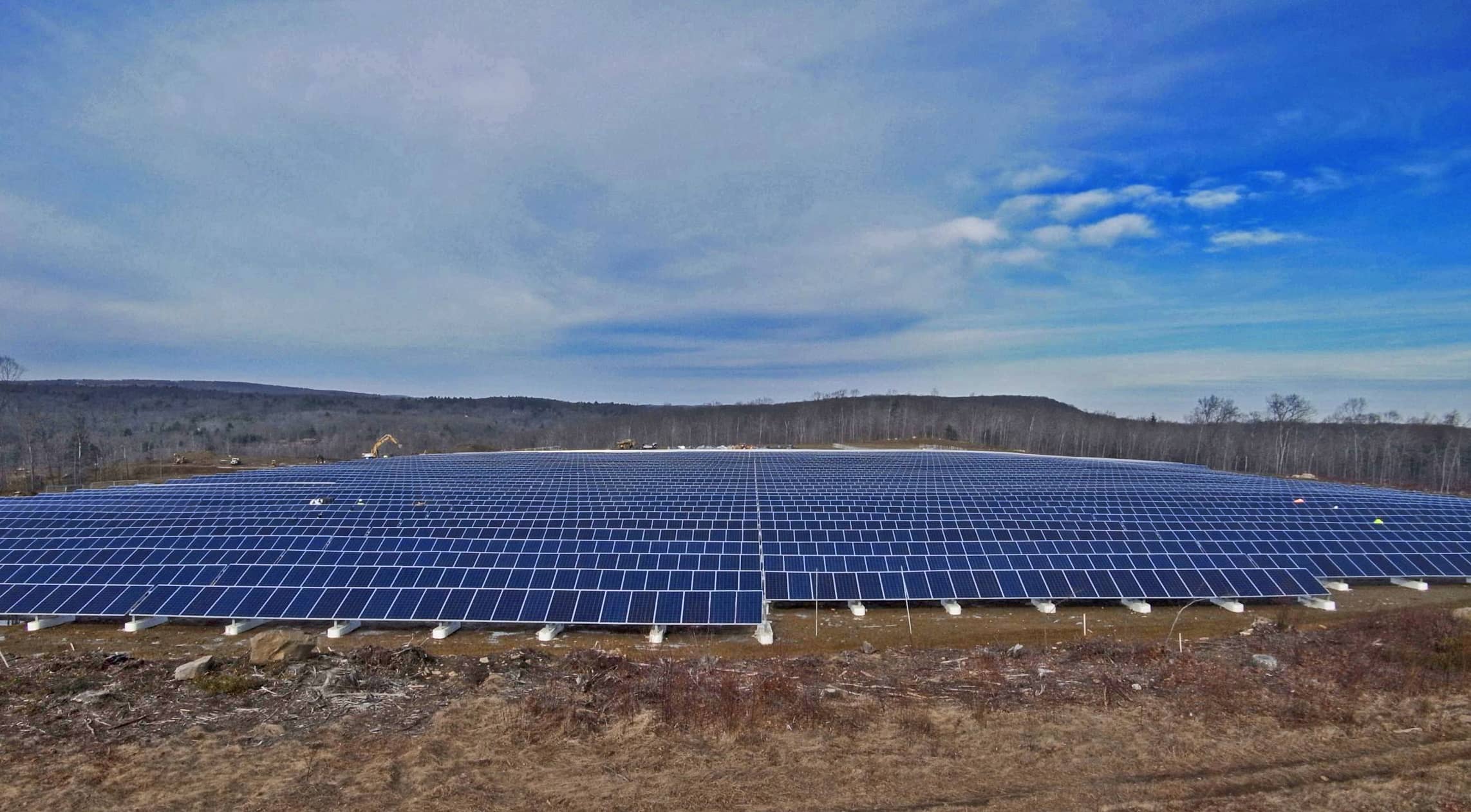