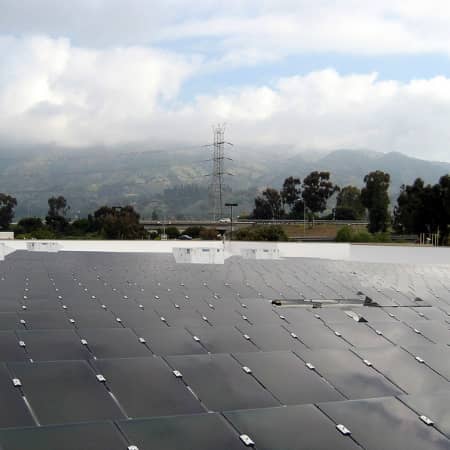 California's solar market – the U.S.' largest – now stands at the edge of a new era. Although the PV portion of the California Solar Initiative (CSI) – the state's primary incentive program for customer-sited solar generation – has all but wound down, industry advocates are optimistic that other drivers, including the state's aggressive renewable portfolio standard (RPS), will help keep the market moving forward.

With nearly all rebate money now exhausted, the CSI has grown the solar market in California by leaps and bounds. According to Vote Solar, Californians have installed more than 140,000 solar projects – totaling nearly 1.5 GW – to date.

Equally importantly, the average pre-incentive price for a CSI-assisted solar array has dropped from $9.48/W at its most expensive point to $6.10/W today – a reduction of more than 35%.

‘The wind-down of the CSI is demonstrating the great success of policy design in that costs have come down so much that installations are being done now with zero subsidy,’ Ted Ko, associate executive director of the Clean Coalition, tells Solar Industry.

But in the midst of these accomplishments, more work remains to be done. ‘The future of customer-sited solar will depend on how fast we can craft the successor to net metering,’ Ko says.

Specifically, the Clean Coalition is advocating for a revamped version of a wholesale distributed-generation (DG) model, where the ‘full costs and value of DG are considered and the consumption of electricity is clearly separated from the production,’ he explains.

An energy blueprint
Ko and his colleagues at the Clean Coalition, a Palo Alto, Calif.-based group focused on fostering a transition to local energy systems, were among the stakeholders that presented their views to the California Energy Commission (CEC) as part of the CEC's preparation of its 2012 Integrated Energy Policy Report (IEPR).

The final IEPR, which was released earlier this month, incorporated nearly all of the Clean Coalition's recommendations, Ko says. Although the ultimate role and importance of the IEPR varies depending on the views of the state's government and energy regulators, it can serve as a powerful policy-guiding tool.

Fortunately, Gov. Jerry Brown, D-Calif., who has historically pushed for pro-solar policies, was ‘highly engaged’ in the IEPR preparation process and is likely to hold the final document in high regard, Ko notes.

The IEPR incorporates full forecasts of energy supply and demand, as well as discussion of the state's most crucial energy issues, including renewable energy integration. ‘These forecasts and assessments form the basis for long-range energy policies and planning to guide the future of California's energy system,’ the CEC explains in the IEPR.

Overall, the goal is to ‘advance a renewable-centric generating portfolio that minimizes cost and risk while maximizing economic, social and environmental benefits,’ the report says.

– Recalculating the ‘true’ costs and benefits of renewable energy by incorporating integration costs, creating levelized cost of generation evaluations that use more accurate assumptions, and adopting ‘changes to procurement practices for utility-scale generation and DG to develop a higher-value portfolio,’ among other measures;

Given California's budgetary constraints and the overall state of the U.S. economy, finding funding for all of these initiatives, naturally, can be a tricky process.

‘The reality is that California's public sector alone cannot provide enough funding for the long-term investments needed to reach the state's renewable energy goals for 2020 and beyond,’ the report notes.

The benefits of deploying increased amounts of solar and other forms of renewable energy are nonetheless expected to outweigh the costs. Quantifying some of these benefits can be difficult, but ‘decision makers should not delay moving forward with clean energy policies because benefits and costs aren't fully quantified,’ the report stresses. ‘The focus should be on quantifying renewable benefits that have limited uncertainty.’

Ko also believes the state will be well served by transitioning to an electric grid characterized by clean local energy and smart grid technologies.

‘We strongly urge all of the California agencies and the legislature to heed the IEPR's call for more proactive long-term planning – setting policy and making decisions today that don't lock us in to an outdated centralized generation model,’ he says.