Home Solar News A Solar Secret No More: Delaware’s SREC Program Could Be A Valuable... 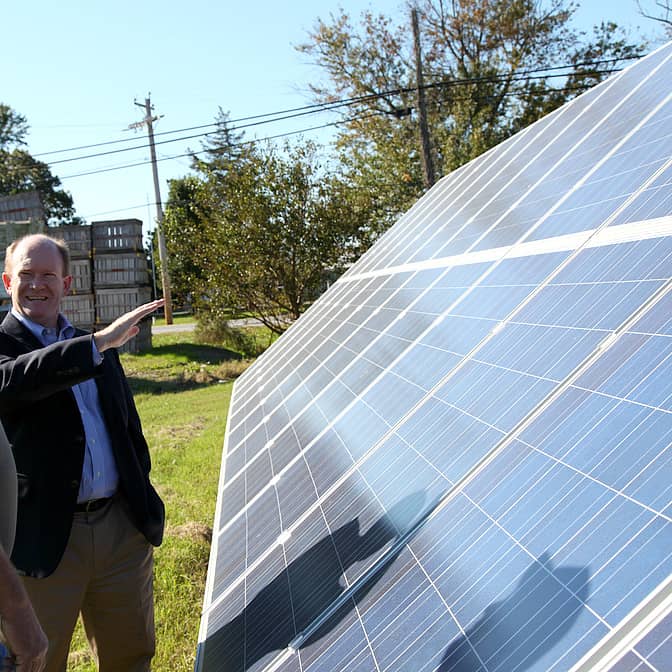 Delaware recently implemented a new solar renewable energy credit (SREC) pilot program with the hope of avoiding the types of market crashes that neighboring states, such as New Jersey and Pennsylvania, have experienced.

Sustainable Energy Utilities (SEU), a Delaware-based energy nonprofit, is in charge of implementing and administering the statewide SREC pilot program, which opened on April 2 and closed on April 13.

‘[As is the case in] many states, the challenge in the industry has been to stabilize the SREC price,’ says SEU Co-Chairman Dr. John Byrne, who is also director of the University of Delaware's Center for Energy and Environmental Policy.

The idea for the new SREC market came from SEU's experience with the 10 MW Dover SUN Park. For this project, the City of Dover, Del., signed a 20-year power purchase agreement to buy all of the power produced from the project, along with a portion of the SRECs at a competitive cost.

Delmarva Power signed agreements with project operator White Oak Solar Energy LLC to purchase the SRECs from the project, and with SEU for the preservation of SRECs and the ability to buy them back in the future.

‘We kept the industry stable during that period and allowed growth, and then we injected these SRECs back in at a later date,’ says Byrne. ‘That proved very successful. The SEU got a very handsome SREC price off of that field, which the utilities liked.’

The new statewide SREC program came about as a result of stronger renewable portfolio standard (RPS) legislation. In 2010, Delaware's RPS of 25% by 2025 was expanded to include a solar carve-out of up to 3.5%.

‘[The SREC program] is really built off the Dover SUN Park and our initial success in being able to support â�¦ a large project and not have it tank,’ says Byrne. ‘The great concern that we had was that we'd get a really great price on the SRECs, but nobody would buy the SRECs for four or five years.’

Under the pilot program, SEU buys SRECs from projects and sells them back to utilities when compliance obligation is due.

‘The idea is to eliminate the boom and bust cycles that most other programs experience,’ says Dale Davis, president of the Delaware Solar Energy Coalition and local installer CMI Solar Electric. ‘New Jersey is a perfect example of that. It was a very well-incentivized market, which caused some build-out, similar to Pennsylvania.

‘The build out way outpaced the RPS, causing a crash in the price of the renewable energy credits due to an oversupply,’ Davis continues.

Delaware's program offers 20-year contracts and includes different tiers in order to build a range of projects. Projects in tier 1 (less than 50 kW) and tier 2a (50 kW to 250 kW) will receive a fixed price. Tier 2b (250 kW to 500 kW) and tier 3 (500 kW to 2 MW) projects are subject to competitive pricing. Procurement of SRECs from the Dover SUN Park fulfilled compliance for a fourth tier (above 2 MW).

‘We have tried to build the market so we can support a diversified industry,’ says Byrne. ‘I think the problem that other states have faced is that they've made policy so that they get really low SREC prices – which the utilities want – but that means that the residential and the small commercial sectors don't get much opportunity.’

There were about 11,400 SRECs available, and Davis expected the program to be oversubscribed.

‘The biggest challenge that we face in Delaware is insufficient RPS headroom for the amount of projects that want to get done,’ says Davis. ‘Unfortunately, there's a lot more demand for projects and solar implementation than there is ability to use the SRECs because of the RPS.’

Nevertheless, Francis Hodsoll, interim executive director of MDV-SEIA, a solar trade association representing Maryland, Washington, D.C., and Virginia, says the group would like to see how Delaware's SREC model could be replicated in other states.

‘It's a rational way of providing for revenue certainty for these projects, which allows for third-party financing at reasonable costs,’ Hodsoll says. ‘It's driving down the cost of solar by providing revenue certainty with the entities that need to purchase solar energy.’

Davis says information from this pilot project will be compiled and analyzed, with a new program expected to be implemented before the end of the year.