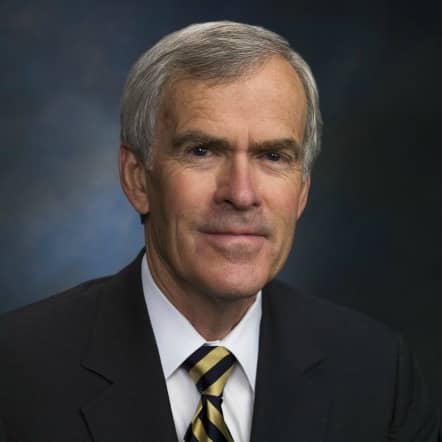 After several unsuccessful attempts in recent years to pass a renewable energy standard (RES), Sen. Jeff Bingaman, D-N.M., chairman of the Senate Energy and Natural Resources Committee, is resuscitating efforts that many assumed were dead in an election year.

This time, however, the bill does not limit the mandate to renewables like wind and solar, but includes several other low-emissions and clean energy resources such as renewable biomass, natural gas, hydropower, nuclear power or qualified waste-to-energy, as well as ‘clean’ coal with carbon-capture technology.

Under Bingaman's proposal, beginning in 2015, large retail utilities – excluding those in Alaska and Hawaii – would be required to obtain 24% of the electricity they sell through clean energy sources, with the mandate increasing by 3% each year through 2035, resulting in what would be a doubling of clean energy by that year.

Energy generators would be rated according to their carbon emissions, with more credits being given to those that generate the fewest emissions. Because a variety of energy sources are included in the system, the market will determine the optimal mix of technologies and fuels, according to Bingaman.

Utilities would also be allowed to provide clean energy credits and/or make alternative compliance payments (ACPs) to meet the standard. Utilities that fail to meet the CES requirement would be charged a penalty of 200% of the ACP for each kilowatt-hour they sell in violation of the CES.

The federal CES would not replace or have additional authority over states' individual renewable portfolio standards.

So what's it going to cost?
The legislation is quick to point out that the CES does not require any federal funding. In fact, if any payments were to be made to the Treasury as a result of the CES, those funds would be sent back to the state where they were generated in order to fund those states' energy-efficiency initiatives.

Bingaman expects that in the first few years following the plan's implementation, most of the clean energy generated will come from high-capacity resources, such as wind power, natural gas and biomass. In time, however, the majority of the nation's energy should be produced by renewable energy, nuclear power and coal with carbon-capture technology.

According to a report from the Energy Information Administration, Bingaman's CES plan would result in a 20% reduction in harmful emissions by 2025, and a 40% emissions reduction by 2040, compared to a business-as-usual scenario. Notably, in the first decade of the program, the CES would have little to no impact on the average national electricity rate, according to the EIA report.

The solar sector's early reaction to the legislation has been positive.

‘Removing market barriers and providing a competitive structure that allows the nation to recognize solar energy's full potential is a top priority for America's solar industry,’ said Rhone Resch, president and CEO of the Solar Energy Industries Association, in a statement. ‘We've already seen what well-structured clean energy standards have meant in states. They've opened electricity markets to allow for more competition from renewable sources of energy and, ultimately, drive down the cost of electricity for consumers.

‘This success can be replicated at the national level,’ Resch continued. ‘We applaud Senator Bingaman for taking a leadership role and introducing legislation to establish a national clean energy standard. A national standard that successfully deploys solar energy would diversity our energy portfolio, reduce electricity costs for consumers and create jobs. We look forward to constructively working with policymakers to achieve this worthwhile goal.’

‘Senator Bingaman's bill provides the right incentives for the nation's electric utilities and equipment manufacturers to create good, high-paying jobs for American workers and for private capital to accelerate investment in innovative energy technologies,’ Lew Hay, chairman and CEO of renewable energy developer NextEra Energy, said in a statement. ‘The bill's market-oriented standard would allow many different types of fuel sources to be competitive, while rewarding innovation, early action, efficiency and project execution.’