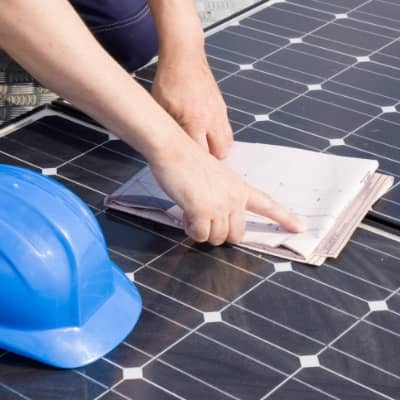 The U.S. International Trade Commission (USITC) reports that global demand for renewable energy services – such as consulting, engineering, construction, equipment maintenance and repair – has grown rapidly in the past five years, making the U.S. and Europe leading importers and exporters of solar and wind services.

The analysis, prepared at the request of the Office of the U.S. Trade Representative (USTR), offers estimates of the U.S. and global markets for trade and investment in services essential to energy production in the solar, wind, small hydropower and geothermal sectors. The report also outlines trade barriers that may apply to these services.Â

The USITC report estimates the value of global solar photovoltaic services associated with installations to be $34 billion in 2011. The largest markets for such services were Italy ($9.8 billion), Germany ($5.1 billion), the U.S. ($3.1 billion) and Japan ($3.0 billion).

The global market for services related to installation of wind equipment was estimated at nearly $23 billion in 2011, with the largest markets including China, the U.S., Germany and Canada, the report says. The global market for wind operations and maintenance services in 2011 was estimated at $6.2 billion to $7.2 billion, with Europe believed to account for roughly half of that market.

Although few trade barriers apply specifically to the provision of renewable energy services, local content requirements applied to renewable energy equipment in many countries act as significant barriers to trade in related services, the agency found. While local content requirements do not typically target service providers, they often serve as de facto barriers to services provision as many wind and solar equipment manufacturers provide services in tandem with the sale of their goods.