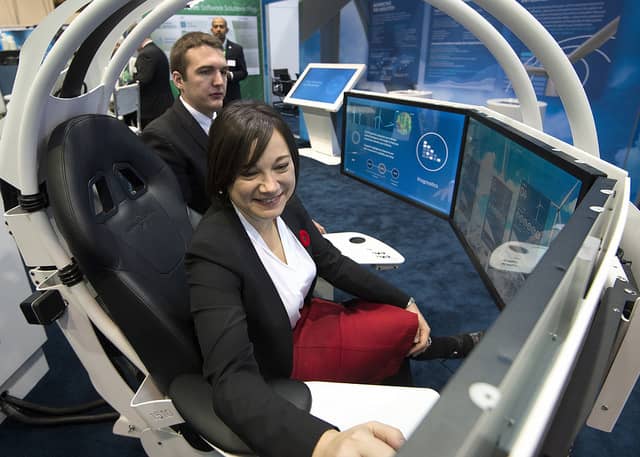 On the heels of the Canadian government’s announcement to power its buildings and operations with 100% renewables by 2025, the government of Alberta is taking its own clean energy pledge by launching the Renewable Electricity Program.

Using a competitive bidding process administered by the Alberta Electric System Operator (AESO), the program will add 5 GW of renewable electricity capacity in the province by 2030, according to a news release from the province’s government, which adds that the program will put Alberta on a path to achieve its target of 30% renewables by that time.

On Thursday, Shannon Phillips, Alberta’s minister of environment and parks and the minister responsible for the climate change office, spoke about the program at the Canadian Wind Energy Association’s trade show in Calgary. Phillips said the province will be proceeding with a procurement of an initial 400 MW of renewables as a first step toward meeting the 30% by 2030 target. In addition, she said, the government will set clear timelines for further developing renewables in the province.

“This program is built on the recommendations from the AESO, who studied jurisdictions around the world to come up with the best possible program design in the interests of Albertans‎,” said Phillips. “This process will be competitive and transparent and will provide renewable electricity we need at the lowest possible price. The program will also complement the coal phase-out to ensure system reliability is maintained at all times.”

The government’s release says the successful projects will be privately funded and will result in new investments of at least C$10.5 billion into the Alberta economy by 2030. In addition, the government expects 7,200 jobs to be created for Albertans.

Starting Nov. 10, the AESO will gather feedback from industry on draft commercial terms before the first competition takes place in 2017. Successful projects will be financially supported by reinvesting a portion of carbon revenues from large industrial emitters. In addition, safeguards will be in place to ensure that the process is fair and transparent, adds the Albertan government.

“As the AESO built our recommendations for government, we were keenly aware of ensuring that competitive outcomes drive the best result for the province,” commented David Erickson, president and CEO of the AESO. “Reaching 5,000 MW of new renewable generation is a complex task, but we are confident we can reliably integrate this much renewable energy into the electricity system in a cost-effective manner by accessing the benefits of robust competition.”

This follows a recent announcement that the provincial government is exploring the possibility of building Alberta’s first utility-scale solar project, and although this latest announcement doesn’t offer specifics about which renewable resources and how much of each the government will try to procure under the Renewable Electricity Program, the release does mention both solar and wind.

Photo courtesy of the Government of Alberta: Shannon Phillips, the minister responsible for the Alberta’s climate change office, discussed the Renewable Electricity Program while attending a wind industry trade show this week.