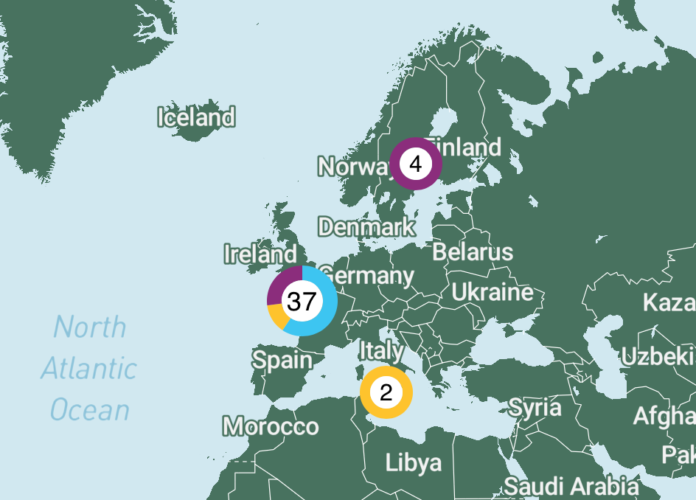 Amazon has acquired nine new utility-scale wind and solar energy projects in the U.S., Canada, Spain, Sweden and the U.K.

The company now has 206 renewable energy projects globally – including 71 utility-scale wind and solar projects and 135 solar rooftops on facilities and stores – that will generate 8.5 GW of electricity production capacity. With this latest announcement, Amazon is now the largest corporate purchaser of renewable energy in Europe, with more than 2.5 GW of renewable energy capacity.

These projects supply renewable energy to Amazon’s corporate offices, fulfillment centers, Whole Foods Market stores and Amazon Web Services (AWS) data centers. Investing in renewable energy is one of the many actions Amazon is taking as part of The Climate Pledge, a commitment to be net-zero carbon by 2040, 10 years ahead of the Paris Agreement.

The nine new wind and solar projects in the U.S., Canada, Spain, Sweden and the U.K. include:

Photo: A map of all of Amazon’s renewable energy projects around the world can be found, here.