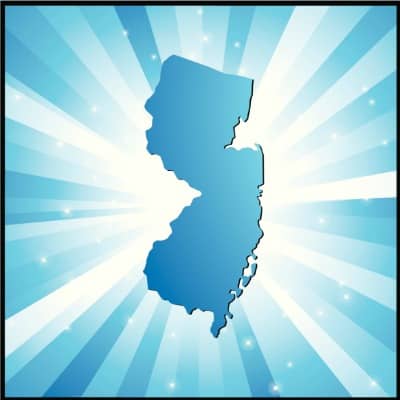 The State of New Jersey is known for many things. It has the most diners, the longest boardwalk and the tallest water tower in the world. New Jersey also ranks second in blueberry production, as well as third in cranberry production nationally. Meanwhile, recent state and nationwide trends have allowed the Garden State to add another record to this list: its ranking as the fifth leading state in solar energy.

New Jersey has over 1 GW of installed solar generating capacity, which makes it one of the most productive states for solar energy. This is quite an accomplishment given its modest solar resources compared to leading solar states California and Arizona. How has New Jersey become a leader in solar energy, and how it can be a model for similar states wishing to capitalize on this fast-growing sector?

This distinction was made possible by New Jersey's assorted incentives for the residential, commercial and industrial sectors. These incentives are structured around a market-based framework that relies on a renewable portfolio standard (RPS) to designate the demand for renewable energy and a renewable energy certificate (REC) system tailored to solar energy to promote development; this framework is pursuant to the New Jersey Clean Energy Program (NJCEP) and has largely substituted the solar rebates that were once the chief means of incentivizing solar energy installations in the state.

Compliance with the solar carve-out by load-serving entities (LSEs) necessitates the attainment of SRECs – either by the LSEs themselves generating power from solar energy, or by purchasing the SRECs in the marketplace from solar energy independent power producers (IPP), such as homeowners and businesses. The money received by the IPPs provides the incentive to finance the solar projects. LSEs that do not procure enough SRECs to meet the obligation would have to make a solar alternative compliance agreement (SACP), whose value is determined by the New Jersey Board of Public Utilities (NJBPU). As a virtual price ceiling, the SACP must have a value greater than that of the SREC, as the LSEs would otherwise choose to pay the SACP.

New Jersey has had to overcome challenges in its implementation of the SREC marketplace. In 2011, New Jersey's solar market suffered a major setback due to a shortcoming in the market-based framework. Advancements in solar energy technology and energy policy pushed solar energy beyond state mandates, causing SRECs to flood the market and prices to plunge; the SREC price dropped from $670 to $225 within a month.

As such, IPPs made much less money per SREC, reducing the incentive. The principal agents responsible for this were the lowering costs of solar PV modules and the rush to expand solar capacity before the expiration of the 1603 Treasury Program, which provided a grant that paid 30% of the price of renewable energy systems. While New Jersey continued to be a leader in solar energy, the industry would still have likely faced slower growth without policy reform.

New Jersey did just that in 2012, enacting S.1925/A.2966 – known popularly as the ‘solar resurrection bill’ – to address the volatility of the SREC marketplace. The legislation accelerated the RPS by four years, shifted the RPS from a fixed MWh requirement to that of a percentage of overall energy usage, increased the solar carve-out from 2.05% to 4.1%, and opened up land such as landfills and brownfields to solar development.

These provisions essentially decreased supply while concurrently increasing demand. New Jersey also accomplished this by phasing out its solar rebates, which placed an economic burden on the state. While the upfront costs for solar energy have increased as a result, the other incentives still allow investments to be paid off in a matter of years rather than decades.

Net metering friendly
Net-energy metering (NEM) is another incentive that is equally critical in making New Jersey a leading state. New Jersey is regarded as having some of the best NEM policies in the U.S., being one of 17 states to receive an ‘A’ grade from Freeing The Grid this year. The state has no system capacity limit or aggregate capacity limit, which means there is no limit to how large an IPP can size a renewable energy system or to how many utility consumers in the state can subscribe to the NEM program. However, the NJBPU is allowed to impose an aggregate capacity limit of 2.5% of peak demand.

New Jersey utilities are also required to offer NEM upon request to their customers – a mandate that was expanded nationally with the Energy Policy Act of 2005 – and are prohibited from barring electricity produced by IPPs from entering the electrical grid. This includes through indirect means such as requiring IPPs to purchase special equipment as a prerequisite to contributing to the electrical grid. This ensures confidence by guaranteeing access to the grid as well as compensation for any NEM. As such, solar energy development has been substantial, particularly with residential solar PV roof installations.

There is room for improvement, however; New Jersey received a ‘B’ in interconnection from Freeing the Grid this year due to its practice of collecting fees on certain consumer classes and not others.

Other incentives exist that make solar energy attractive in New Jersey. Homeowners that invest in a solar energy system are exempt from the state's 7% sales tax, and local property taxes are capped; this means that homeowners do not have to pay taxes on the marginal increase in property values from the construction of such an improvement.

Meanwhile, commercial and industrial entities have access to a suite of financial programs and incentives known as Clean Energy Solutions. With programs such as Edison Innovation Green Growth Fund, companies and small businesses can take out interest-free loans and grants to finance solar projects. This has resulted in a solar PV rooftop boom in New Jersey. This outcome is similar to Germany's, where 80% of its solar energy is rooftop installations.

The state's NEM policies and Gov. Chris Christie's Energy Master Plan, which encourages solar development on unproductive land, also boosted this trend. Another factor is that New Jersey is the most densely populated state in the country, as well as a chief distribution hub with the highest concentration of flat-roofed commercial buildings in the country. Warehouses, schools, parking lots, brownfields and landfills are among the many sites of solar energy development in New Jersey.

A strong portfolio
The RPS has forced public utilities to use creative strategies to meet the mandate. Public Service and Electric Gas Co. (PSE&G) is one of three major public utilities in the state of New Jersey. PSE&G has received much acclaim, and it was recognized by the Solar Electric Power Association as the country's second-most solar-connected utility in 2010.

In 2009, PSE&G received state approval for its Solar 4 All program, a $515 million project to add 80 MW of solar capacity to its electrical system by 2013. The utility received approval from NJBPU in May 2013 to expand the Solar 4 All program, which will allocate $247 million in solar investment toward brownfields and landfills for a total of 42 MW of additional capacity over the next five years.

While the formula for solar success is an important foundation of New Jersey's solar energy policy, it does not answer the question of how the state managed to become third in the nation in solar energy capacity. Many other states have RPS, REC and NEM policies, so what made New Jersey different? One distinction is that New Jersey's RPS and solar carve-out are particularly aggressive, compared to the eight states with RPS ‘goals,’ which are purely voluntary.

Policy accord
Another very important factor is New Jersey's willingness to mobilize all stakeholders and assets to solar energy development. Under New Jersey's Energy Master Plan, utilities are encouraged to develop solar energy capacity on under-utilized land – including landfills and brownfields – instead of productive agricultural land. Without this, solar energy projects such as the Gloucester Marine Terminal (a Superfund site) and the FedEx hub (a brownfield) could not have been developed due to the legal and technical issues that are inherent in converting these sites. It should be noted that New Jersey will be the first U.S. state to reach ‘build-out,’ the condition in which there is no more land for development.

In its prudent utilization of limited space, New Jersey has illustrated that opening up unproductive land to development should be an element of any state's renewable energy policy. In our discussion with PSE&G, we learned that aside from being practical, this policy is also a symbolic redress of the state's toxic industrial past, with New Jersey having the distinction of being the state with the most Superfund sites in the nation.

One important stakeholder that New Jersey has leveraged is its public utilities – in particular PSE&G. This contrasts heavily with states such as California and Arizona, which have focused on providing incentives for solar energy systems on the residential level. This has led to considerable backlash from their public utilities, which assert that these incentives threaten their business model.

New Jersey, however, has taken a profoundly different approach, acknowledging that leveraging PSE&G, which has a strong balance sheet, would promote solar energy development at a lower cost. PSE&G also provides loans for homeowners wishing to invest solar energy systems who meet the company's underwriting criteria. With this cooperation, New Jersey is achieving its renewable energy development goals while PSE&G receives a positive return for its shareholders.

The final and arguably the most significant factor that led to New Jersey's success in solar energy development is undoubtedly the political will of the state government. Renewable energy has not been politicized in the Garden State – a far cry from states that are still contemplating whether or not they should implement a policy as basic as an RPS. The state supported SREC prices as they collapsed, reforming the system accordingly. Proactive bipartisan action prevailed, and the system contributes to New Jersey's status as a leading solar producing state in the U.S.

The path to sustainability is still a work in progress for New Jersey, and it will have to continue assessing its financial incentives and refining them accordingly. However, New Jersey proves that bipartisanship and policy initiative are possible even with political impasse in Washington, D.C. As the state continues to succeed in this energy sector, it may likely be a model for the rest of the nation to follow.

This article is adapted from the author's white paper," Sunshine in the Garden State: An Unlikely Leader in Solar Energy." A full copy of the report is available here.

Richard Bookbinder is a managing member of TerraVerde Capital Management LLC, a New York-based investment management firm with a focus on sustainable infrastructure. He can be reached by email at rsb@terraverdecap.com.