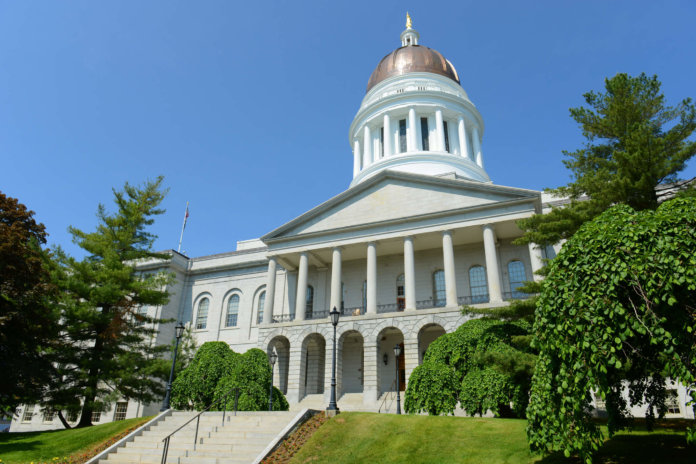 The first time was back in April 2016, when Gov. Paul LePage, R-Maine, vetoed a popular bill to replace Maine’s solar net energy metering (NEM) policy with a novel market-based program. The bill was the result of a comprehensive stakeholder process among solar companies, utilities, environmental groups and lawmakers, but legislators sustained LePage’s veto after falling just three votes short of the necessary two-thirds majority.

As a result, the Maine Public Utilities Commission (PUC) was tasked with addressing the future of NEM, a policy under which utilities compensate solar customers for their excess energy with credits. This past January, the PUC issued a ruling to gradually phase out NEMfor rooftop solar customers, and although the commission included an important grandfather clause, many solar advocates joined NEM critics in speaking out against the ruling.

Dissatisfied with the PUC decision, state lawmakers went back to the drawing board earlier this year and devised a new bill: L.D.1504, or “An Act to Modernize Rates for Small-Scale Distributed Generation.”

LePage recently struck down the new bill in July, and the House just sustained the governor’s veto on Wednesday. Given his previous veto last year and public criticism of NEM, LePage’s decision came as no surprise.

In his July veto letter, the governor wrote, “This bill is poor policy, and as I have noted many times, net energy billing subsidizes the cost of solar panels at the expense of the elderly and poor who can least afford it.”

What was surprising, though, was the state legislature’s repeated failure to overrule LePage’s veto this time around. That’s because L.D.1504 had overwhelmingly passed both chambers in June with the two-thirds majority support that would be needed to nullify a veto.

Although the state Senate voted 28-6 to override the veto, the bill died on Wednesday after the House only voted 88-48 – which, like last year’s failure, was again three votes shy of the required two-thirds rule. Over a dozen House members didn’t show up to vote, and seven Republican representatives pulled their initial support for the bill and voted against a veto override.

For example, L.D.1504 would have officially solidified NEM in state law and repealed new PUC-established fees for solar customers. It also would have lifted a barrier to community solar adoption in Maine, increasing a state cap on how many participants can share in a single community solar project tenfold from 10 electric meters to 100 meters.

Perhaps most notably, L.D.1504 would have ordered the PUC to conduct a cost-benefit analysis of net-metered solar, as well as to submit its findings and recommendations for a viable NEM successor plan to lawmakers by 2019.

LePage wasn’t the only prominent bill opponent, either: According to a Press Herald report, Central Maine Power lobbied heavily against L.D.1504. The major utility claimed NEM unfairly burdens non-solar customers, even though a growing list of studies has debunkedthat common argument from many U.S. utilities.

“The solar bill was a significant compromise, crafted almost exclusively by Republican lawmakers and falling far short of the comprehensive solar bill considered in 2016, but the outcome was the same: The governor’s baseless ideology, aided by false claims from utilities, prevented Maine from moving forward with clean solar energy,” says Dylan Voorhees, climate and clean energy director for the Natural Resources Council of Maine (NRCM), a big proponent of L.D.1504. “This failure leaves Maine with an arbitrary 10-person limit on community solar farms and allows the backward, extreme PUC rule on net metering to take effect.”

With the bill now dead, the PUC’s NEM phase-out plan is slated to kick in at the start of 2018.

Meanwhile, a coalition including NRCM, the Conservation Law Foundation (CLF), the Industrial Energy Consumers’ Group, and New England solar installer ReVision Energy has vowed to move ahead with a lawsuit challenging the PUC ruling. NRCM says the case, launched in the Maine Supreme Court in May, “should be decided by the end of the year.”

CLF attorney Emily Green charges that the state legislature’s failure to override LePage’s L.D.1504 veto will have “a direct impact on the wallets of businesses and families across our state.”

“Despite the bill’s overwhelming passage in June and widespread public support, clean energy in Maine has once again fallen victim to Governor LePage’s and utilities’ anti-progress stance,” Green claims. “Regardless of this regressive decision by the legislature, CLF will continue fighting to ensure that solar power has a bright future in Maine.”