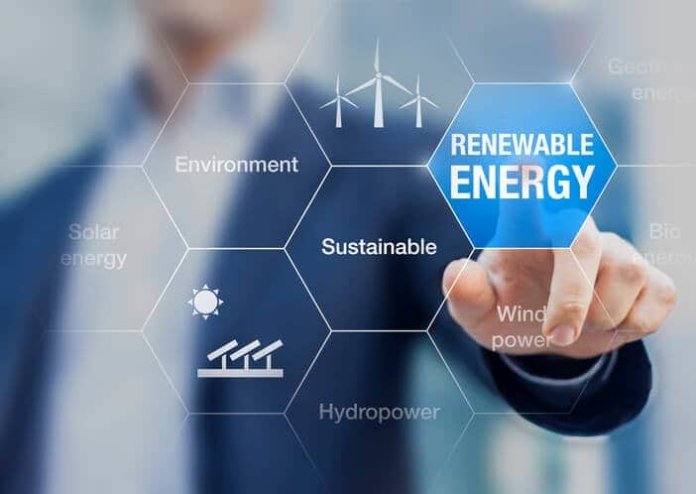 The Breckenridge, Colo., town council has unanimously approved a resolution committing the community to shift away from dirty fossil fuels and to transition to 100% clean, renewable electricity by 2035.

According to the Sierra Club, Breckenridge joins a growing coalition of mountain communities moving to 100% clean energy across the country, including big cities like Salt Lake City and towns like Aspen. In addition, the Sierra Club has also released a new case study report highlighting 10 U.S. cities that have adopted 100% renewable energy goals.

With support from local volunteers, community leaders, The Climate Reality Project and the Sierra Club, the Breckenridge town council will commit to reach 100% renewable electricity community-wide. This announcement comes on the heels of similar pledges made this year by Nederland and Pueblo in Colorado.

“The Town of Breckenridge is thrilled to continue our efforts in sustainability by initiating a town-wide goal for renewable energy by 2035,” says Breckenridge Mayor Eric Mamula. “This has been something Breckenridge has been working toward, and I’m happy to see it go into effect. Keeping our town clean for generations to come is important to our community, and I believe this resolution shows our commitment to all our sustainability efforts.”

The Sierra Club says Breckenridge’s announcement recognizes the reality of the climate crisis, as 16 of the 17 hottest years on record globally have occurred since the beginning of this century. Experts estimate that by the end of the century, only six of the 19 cities that have previously hosted the Winter Olympics will be cold enough to host again, the group adds.

The practical clean energy solutions that communities like Breckenridge can use to help solve this crisis are getting more affordable and accessible every year, especially solar.

“We’re proud of communities like Breckenridge, Nederland, and Aspen demonstrating leadership in our mountain communities,” says Colorado Sierra Club Director Jim Alexee. “Hundreds of residents in these small towns are speaking up to the importance for a just and equitable transition to a renewable energy economy for its benefits of creating jobs, saving energy dollars, and fighting climate change. We look forward to working with our local members, supporters, partners and civic leaders on this transition in the years ahead.”

“Climate Reality is proud to work with our partners at the Sierra Club and mountain communities like Breckenridge that recognize the impacts the climate crisis is already having on snow and outdoor recreation,” says Climate Reality’s 100% Committed Campaign Coordinator Lindsey Halvorson. “Together, we are proud to be working toward local solutions that bring us all hope. After months of hard work, the Town of Breckenridge is taking a tremendous step towards a clean, renewable energy economy.”

The Sierra Club has released a new report showcasing 10 U.S. cities that have made commitments to be powered with 100% renewable energy and the steps those communities are taking to achieve their goals. This is the second annual case study report from Ready For 100, a Sierra Club campaign launched in 2016 working in cities and towns across the U.S.

According to the Sierra Club, nearly 50 U.S. cities and towns have now committed to transition to 100% clean energy, including big cities like San Diego and small towns such as Abita Springs, La. At least five U.S. cities have already achieved 100% clean energy and are powered today with entirely renewable sources, the group adds.

“The time for 100 percent clean energy has come, and cities are leading the way,” says Jodie Van Horn, director of the Sierra Club’s Ready For 100 campaign. “Local leaders know first-hand the harmful effects that pollution and the high cost of dirty energy has on people and families. That’s why nearly 50 communities, from big cities to small towns, have stepped up to break away from dirty fuels and committed to go to 100 percent clean, renewable energy.”

The Sierra Club says that among the cities highlighted in the report are Atlanta, the largest city in the South to commit to clean energy; Hanover, N.H., the first city to have committed to 100% clean energy by popular vote; and Pueblo, Colo., where high energy costs from gas power sparked a movement for clean energy.

The movement for 100% clean energy continues to grow across the country. In June, the U.S. Conference of Mayors approved a historic resolution that establishes support from the nation’s mayors for the goal of moving to 100% clean and renewable energy in cities nationwide. In addition, a global report from Ørsted recently found that 8 out of 10 people support 100% renewable energy.