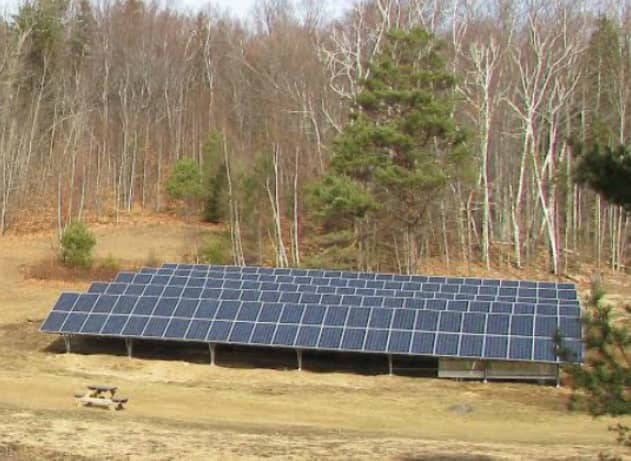 The Appalachian Mountain Club (AMC) says that 240 solar electric modules and seven inverters have been installed on a 73.2 kW ground-mount solar project located next to AMC's Cardigan Lodge in Alexandria, N.H.

The grid-tied array was installed by ReVision Energy and is owned and operated by IGS Solar. Upon completion, the project is expected to generate approximately 87,000 kWh of solar electricity annually.

The system, which has an expected lifespan of 40 years, was financed through a power purchase agreement.

Through virtual net metering, Three Mile Island Camp on Lake Winnipesaukee also benefits from the solar array. Any excess power from the Cardigan array will be fed to the utility grid, and AMC will receive a credit for the extra power. AMC says it plans to share a portion of the credit with Three Mile Island Camp.

According to AMC, this new effort will help the club achieve its goal of reducing its total carbon footprint 80% by 2050. To date, AMC operates eight off-grid huts in New Hampshire's White Mountains – all of which feature alternative energy systems, consisting mainly of solar applications.