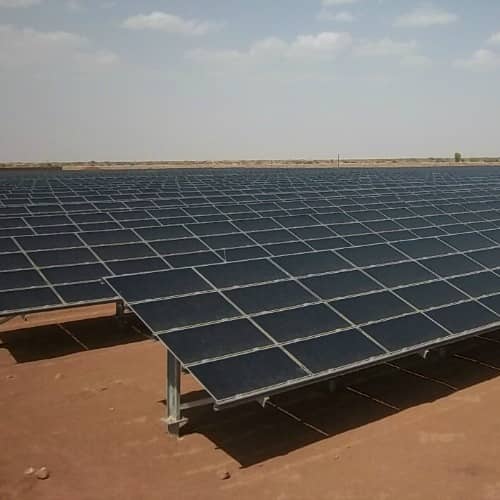 As solar manufacturers battle it out under cutthroat pricing conditions, accusations of unfair competitive tactics against particular countries have become common. Of course, the most well-known conflict pits the U.S. – specifically, the Coalition for American Solar Manufacturing (CASM) – against China, which, according to a ruling earlier this year by the U.S. Department of Commerce, provided illegal subsidies to its PV manufacturers and allowed them to flood the U.S. market.

The latest controversy, however, paints the U.S. as the aggressor rather than as the victim. India's Centre for Science and Environment (CSE), a research and advocacy organization, claims the U.S. is ‘killing’ India's domestic PV manufacturing industry.

Through its Export-Import Bank (Ex-Im Bank) and Overseas Private Investment Corp. (OPIC), the U.S. government has long promoted the export of domestically manufactured PV modules and related products to projects in India through low-interest loans to Indian solar developers.Â

Similar deals involving the shipping of U.S.-manufactured thin-film PV modules to projects under development in India have regularly dotted the PV finance landscape over the past few years. Ex-Im Bank and OPIC officials consistently praise the contracts as supportive of both U.S. manufacturing and India's ongoing drive to ramp up its solar deployment.

The CSE takes a drastically different view. In a strongly worded press release issued this week, the organization slams the Ex-Im Bank and OPIC for using loan programs in order to gain a ‘perverted advantage’ in the solar manufacturing marketplace.

‘The U.S. Ex-Im Bank and OPIC have been offering low-interest loans to Indian solar project developers on the mandatory condition that they buy the equipment, solar panels and cells from U.S. companies,’ said Chandra Bhushan, deputy director of the CSE, in a statement. ‘This has distorted the marketplace completely in favor of U.S. companies.’

The group names First Solar and now-bankrupt Abound Solar as the primary winners in this marketplace. Meanwhile, as a result of the U.S.' stronghold on the market, the CSE adds, a full 80% of India's PV manufacturers have fallen on hard times, with empty order books and idle production lines.

Thin-film loophole?
Unlike the U.S.-China trade war, the Indian conflict focuses on thin-film PV modules. Thin film has struggled to gain sizable market share in most locales, but it has enjoyed an unusually strong presence in India.

Although thin-film technology is generally believed to be well suited for strong power production in the local climate, domestic-content requirements (DCR) likely play a larger role. India's rules require crystalline modules used in NSM projects to be manufactured in India, but thin film is currently exempt.

‘The domestic-content requirement – as currently structured – has contributed to a growing of the thin-film market, combined with low-cost imports and low-cost international financing,’ Jaiswal said.

The CSE concurs, accusing U.S. companies and government finance agencies of ‘taking advantage of this loophole.’

According to the organization, the Ex-Im Bank and OPIC have been able to close thin-film supply deals by luring Indian developers with attractive interest rates (approximately 3%) and generous 18-year repayment schedules. In comparison, Indian banks' interest rates typically reach 14% or higher.

‘Fast-start financing was supposed to benefit the developing-country recipient,’ Bhushan stated. ‘Instead, the U.S. has managed to turn it into a game where funds registered as climate funding are given out as loans to projects that promise to buy equipment made in the U.S.’

‘In the long run, this is doing more harm than good to the Indian solar sector,’ Bhushan concluded, calling such actions ‘unethical.’

For India, helping its solar sector and lessening the U.S.' module-supply role could be as simple as modifying its domestic-content requirements to remove the so-called thin-film loophole. In its April report, the NRDC recommended that the Indian government structure the rules to be ‘technology-neutral and market enabling.’

Options include requiring that all PV modules – including thin-film products – used in NSM projects be manufactured in India and, alternately, mandating that a certain percentage of PV components be domestically manufactured.

Other tactics are also available. ‘To avoid being restrictive and to lessen the potential for international controversy or trade disputes, [the government] could consider incentives other than a DCR, such as a preferential tariff, to promote domestic manufacturing,’ the report noted.