Array Technologies Inc. has delivered all of its DuraTrack HZ solar trackers for the 265 MW Imperial Valley Solar I project at Mount Signal, near Calexico, Calif. The company says over 1,300 trucks were involved in the deliveries.

Array Technologies says the thin-film photovoltaic project is the largest such facility to employ tracking. The company says the trackers' bowed racks are part of a new design that provide stability and support for frameless thin-film module applications. First Solar supplied the modules, and Santerno supplied the inverters.

Silver Ridge Power is developing Imperial Valley Solar I, with Abengoa providing engineering, procurement and construction services. The storied project has had a number of owners and incarnations over the years. Google made headlines in October with a $103 million investment in the project. San Diego Gas & Electric will buy the electricity from the plant under a 25-year purchase power agreement. 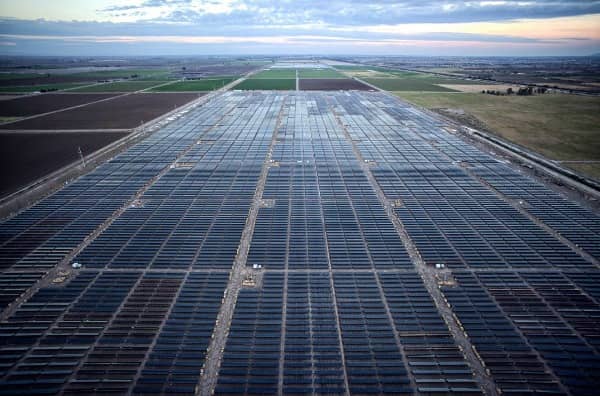