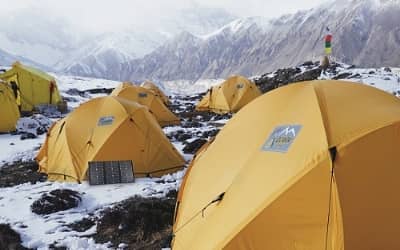 AspectSolar's solar charging panels and battery systems are being used by nonprofit Power Nepal to bring electricity to the country's remote villages that lack reliable energy sources. The organization is preparing to supply hundreds of AspectSolar's power units across the devastated country.

Although the earthquake was the catalyst for moving Power Nepal forward, the organization has stated that the project is being approached as a long-term, scalable effort.

‘A number of villages in Nepal have hydro or wind power, but many do not,’ says Steve Marolt, one of the founders of Power Nepal. ‘After our expedition to Nepal last year, we decided to create a pilot program to provide Nepalese villages with portable solar power.’