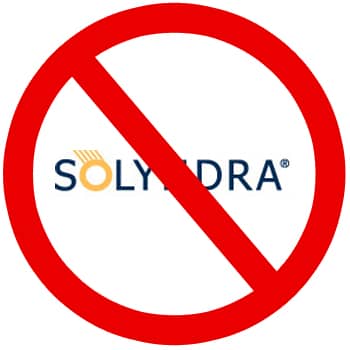 Just when the political squabbling and accusations over failed loan-guarantee recipient Solyndra had seemed to subside, Republicans in the House of Representatives have offered up a new measure that would essentially eradicate the now-infamous program.

The legislation – dubbed the ‘No More Solyndras Act’ – would phase out the loan-guarantee program established under the Energy Policy Act of 2005.

Although the bill takes aim at Solyndra – which has become a keystone of congressional Republicans' anti-Obama rhetoric – it is also an attack against clean energy and, more specifically, solar. When thin-film module manufacturer Abound Solar – another DOE loan-guarantee recipient – announced last week it was suspending operations, it seemed almost inevitable that the Solyndra talks would resurface.

The bill – introduced by Reps. Fred Upton, R-Mich., and Cliff Stearns, R-Fla., two central figures leading the epic Solyndra investigations – would forbid the DOE from issuing a loan guarantee for any application received after Dec. 31, 2011. Pending applications that were submitted before that date would remain active, but companies would have to meet a host of criteria in order to receive a loan guarantee.

The DOE would also be required to consult with the Treasury on any restructuring of the guarantee's terms or conditions.

Indeed, companies are lining up to receive this funding, Bloomberg Businessweek reports.

Among those firms are Portland, Ore.-based thin-film module manufacturer SoloPower and 1366 Technologies, a Massachusetts-based company that develops new ways to manufacture silicon wafers and cells. Both companies qualified for loan guarantees last year but are still working to reach the milestones needed to access the credit, according to the Bloomberg report.

The House Energy and Commerce Committee will hold a hearing on the bill today. David G. Frantz, acting executive director of the DOE's Loan Program Office, and Dr. Kathleen Hogan, deputy assistant secretary for the DOE's Office of Energy Efficiency and Renewable Energy, are expected to testify.

Also on the witness list are Diana Furchtgott-Roth, a senior fellow at conservative think tank Manhattan Institute for Policy Research, and David W. Kreutzer, research fellow in energy economics and climate change at The Heritage Foundation. Kreutzer is expected to testify that the loan-guarantee program"is based on flawed understanding of capital markets," according to prepared written remarks.

"The loan guarantees misallocate capital, reduce productivity and burden federal finances," he wrote in prepared testimony." Loan-guarantee recipients should be able to procure private financing if their projects are truly commercially viable."

No one from the solar energy industry is expected to testify at the hearing, but not surprisingly, the legislation got a cold reception from the Solar Energy Industries Association (SEIA).