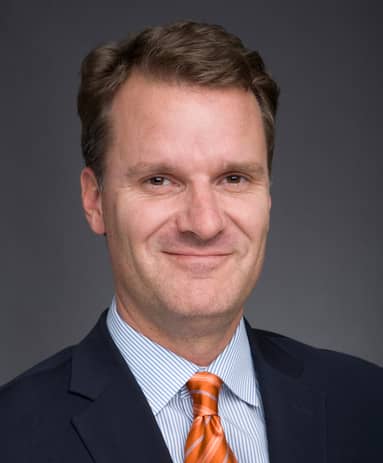 On April 12, Gov. Jerry Brown, D-Calif., signed into law Senate Bill 2, which increases the statutory renewable portfolio standard (RPS) in California to 33% by the year 2020 – up from a goal of 20% by the year 2010. Senate Bill 2 continues the trend of setting aggressive targets so as to signal that there will be continued demand for renewable production in the decade to come.

Most notably, S.B.2 provides that in the final compliance period – from Dec. 31, 2016, through Dec. 31, 2020 – no less than 75% of procurement shall consist of renewable energy sourced in the state. Thus, S.B.2 contemplates significant limitations on the use of out-of-state generation to satisfy the 33% RPS, particularly in the later stages of implementation.

Overall, S.B.2 reaffirms a continued future demand in California for solar energy. It is likely to prompt many solar developers who want access to the California market to focus, at least in substantial part, on developing solar resources within California. The significant risks and regulatory hurdles associated with developing renewable resources in California make development in other Western states an appealing alternative.

California is likely to be the largest consumer of renewables for a long time to come, thanks in part to the demand created by S.B.2. To ensure they are well aligned with the demand that is being created by S.B.2, including the regulatory constraints placed on that demand, solar developers are more likely to stay in California, despite the tremendous challenges of developing here.

Can the new standard be met? California's progress toward meeting the prior 20% RPS standard is good evidence that the new 33% standard is attainable. To date, 2,002 MW of renewable capacity has been achieved under the RPS program, according to the CPUC.

In its March 2011 compliance filings, the large investor-owned utilities reported that they served 17.9% of their electricity with RPS-eligible generation in 2010. Thus, California is zeroing in on the aggressive RPS goals set in the last decade.

The state's IOUs themselves are projecting that they will achieve the 20% threshold – likewise considered aggressive when it was first adopted – by 2011. Other estimates have them reaching that threshold by 2013.

In any event, there is a substantial amount of additional renewable energy capacity – much of it large, utility-scale solar – that has been approved but it is not yet online. Several projects greater than 500 MW in size received approval in 2009 and 2010 as a result of federal funding incentives. If those projects can successfully make their way from approval through development, they will make significant progress toward meeting the new 33% by 2020 standard.

But the more aggressive 33% RPS does pose significant challenges for California. It will require a massive amount of additional, new renewable power generation and transmission, requiring substantial investment in new project sites and facilities.

Environmental permitting hurdles associated with such new facilities are greater in California than in any other jurisdiction and create significant risk for investors. Even where the permitting process is successfully navigated, litigation risk from environmental and other interest groups often remains significant.

Brown, for one, is highly optimistic that these challenges will be overcome. Indeed, he is already eyeing an even more aggressive standard. Just as he signed S.B.2 into law, Brown said 33% should be considered a floor, not a ceiling.

With the amount of renewable resources coming online, and prices dropping, Brown says that a 40% standard is within California's grasp in the near future.

Matthew Gray is a partner in the Environment, Energy and Resources Group at law firm Perkins Coie LLP, practicing in the San Francisco office. He has represented developers on a wide variety of development projects throughout California, including renewable energy projects. Gray can be reached at (415) 344-7082 or mgray@perkinscoie.com.