More than 91% of the votes cast at the special meeting were in favor of the approval of the business combination.

Subject to the satisfaction of certain other closing conditions, the business combination is expected to close on December 30. Following the closing, the combined company will be renamed Heliogen Inc., and its common stock and warrants are expected to commence trading on the New York Stock Exchange under the symbols “HLGN” and “HLGNW,” respectively, on December 31. 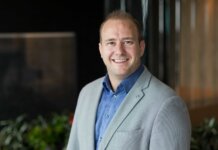