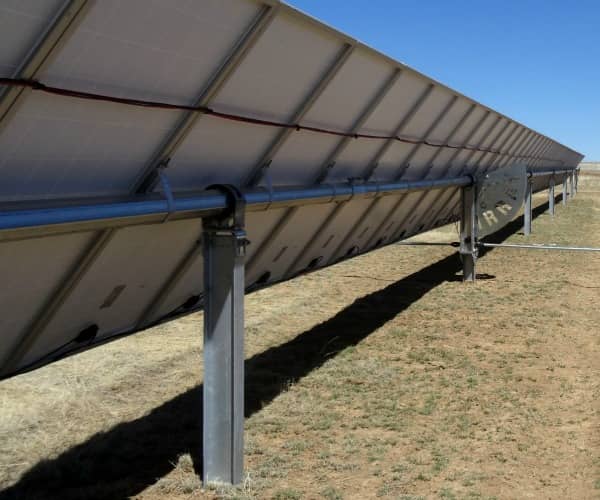 The global photovoltaic tracker market increased by more than 60% in 2014 to reach an installed capacity of 4 GW, according to a new report from IHS Technology.

Although PV trackers were installed in just 11% of ground-mount installations in 2013, they are forecast to account for just under 20% of installations this year. The top three PV tracker manufacturers occupy 40% of the market – and the top four companies are based in the U.S.

‘As the U.S. was the biggest market for trackers in 2014 – and with some of the largest tracker companies headquartered there – it is no surprise that the leading suppliers have such a dominant market share,’ says Cormac Gilligan, senior solar supply chain analyst at IHS Technology.

According to the report, SunPower (ranked second), First Solar (ranked third) and other leading module suppliers with their own in-house tracker technologies increasingly use single-axis trackers in their projects.

Although Nextracker fell from third to fourth position in the IHS rankings, the company has rapidly emerged as a serious competitor to other tracker suppliers.

‘Not only has Nextracker been a successful preferred supplier of trackers for SunEdison, the company has really embraced the global PV market by shipping its trackers to Chile, Australia and other international markets outside the U.S.,’ Gilligan says.

Soitec, a leading provider of dual-axis trackers active in the niche market of concentrated photovoltaic (CPV) and the only non-U.S. tracker supplier, chose to exit the solar market in the first quarter this year despite being ranked fifth in 2014.