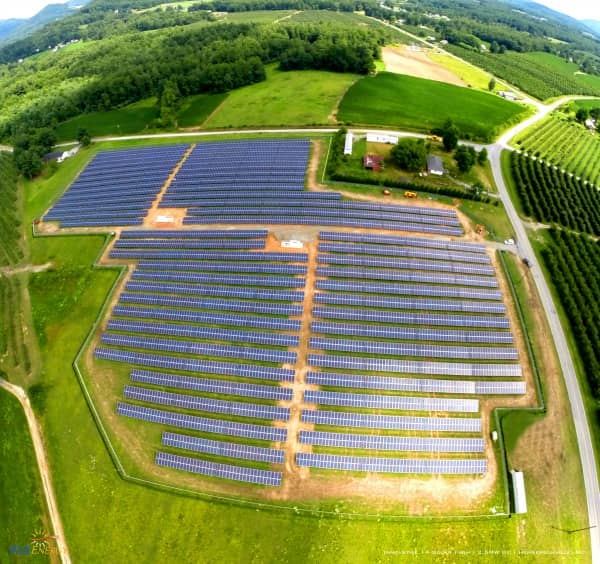 Reports of the death of utility-scale solar in the U.S. have been greatly exaggerated.

A new report from Lawrence Berkeley National Laboratory says the increasing cost-effectiveness of solar power has resulted in a 70% decline in the power purchase agreement (PPA) prices since 2009. Going forward, the report predicts that PPA prices for solar will continue to decline, while natural gas prices are expected to float upward with increased demand.

According to Mark Bolinger, a researcher at Lawrence Berkeley and one of the co-authors of the report, attractive PPA prices will be a key reason why utilities can be expected to want more large-scale – 5 MW and larger – solar projects for the foreseeable future.

‘If you compare the latest PPA prices to the range of fuel-cost projections for gas-fired generation, solar looks fairly competitive,’ Bolinger says. ‘Even if a utility doesn't need any capacity going forward, they might still consider investing in solar simply as a fuel saver. We have seen utilities buy wind power for that very reason.’

The Lawrence Berkeley study reinforces another recent report from Bloomberg New Energy Finance that says that the levelized cost of electricity (LCOE) for solar photovoltaic and onshore wind power technologies is approaching parity with gas-fired and coal-fired generation in many markets, including the U.S. Furthermore, the drop in costs for these renewable sources accompanies a rise in costs for fossil-fueled generation sources.

One of the reasons many have sounded the death knell of utility scale solar is because of the impending sunset of the federal investment tax credit (ITC) at the end of 2016. Bolinger says some decline in new large-scale projects in 2017 is to be expected, even if the credit was extended. Rather like when car buyers took advantage of the so-called ‘Cash for Clunkers’ incentive, a lot of the capacity that otherwise might have been built that year has been pulled forward into 2016 to try to capture the credit.

‘Regardless of what happens with the federal credit, 2017 is unlikely to be a good year,’ he says. ‘There is going to be a pretty substantial pullback. Even if the credit were extended by the end of this year or early next year, I think we'd still see a slump in 2017. I don't think there is very much that can be done about that.’

At the same time, the slump should be seen as an artifact of the ITC – and a temporary one – not as a trajectory for future utility-scale development. One of the reasons for this optimism is because the economics of solar continue to improve. Experience is causing solar projects to be better sited, and lower construction costs enable wider use of trackers – both of which increase yield. However, few expect the precipitous decline in costs to continue as they have over the last decade. Analysts are turning to soft costs, such as permitting, construction, maintenance and access to capital, as the means of reducing solar LCOE even further.

Perhaps most important is the LCOE of solar relative to that of gas-fired generation. Historically, most, if not all, utilities have based their solar purchases on their respective states' renewable portfolio standard (RPS). Many utilities subscribe to the ‘not one megawatt more’ school. Natural gas prices and the need to adhere to emissions requirements under the U.S. Department of Energy's Clean Power Plan are likely to alter the calculus for utilities.

‘Looking ahead at things like the Clean Power Plan potentially coming into play here, I expect utilities are going to see many more reasons to consider utility-scale solar,’ Bolinger says. ‘Although there are some purely RPS-driven utilities at the moment, I think that that mindset is likely going to change – particularly as the price continues to get more competitive. At some point, it is really going to be hard to say 'no' to solar when it's the cheapest resource out there.’

‘Utility-Scale Solar 2014," a PowerPoint briefing that summarizes the report and an Excel workbook that contains much of the data presented in the report, can all be downloaded here.