Bill Parsons has been named American Clean Power Association’s (ACP) new vice president for federal and state affairs. He brings to the job over two decades of legislative and policy experience both inside Congress and on behalf of the renewable energy sector. In this newly created role, Parsons will lead ACP’s federal and state policy efforts.

“Bill’s extensive experience on Capitol Hill will be invaluable to ACP’s mission and our member companies as our industry continues to work on critical energy and climate policy issues to advance our nation’s transition to clean energy,” says Heather Zichal, ACP’s CEO. “Bill has built strong and meaningful relationships across government and the business sector which will help him lead our federal and state policy initiatives.”

As vice president for federal and state affairs, Parsons will advance ACP’s legislative and policy priorities in Congress and state legislatures across the country. He will also facilitate ACP’s collaboration and engagement with stakeholders and the public.

Parsons joins ACP from the American Council on Renewable Energy (ACORE), where he served as chief operating officer responsible for overseeing ACORE’s day-to-day operations with direct responsibility for policy, programs and strategic communications.

Prior to that, Parsons served for 14 years in Congress as chief of staff and legislative director to Congressman Chris Van Hollen (D-MD), where his portfolio included climate, energy, tax and the environment. Parsons ran the House Renewable Energy and Energy Efficiency Caucus for eight years and was a founding board member of the Montgomery County Green Bank.

“America’s clean energy transformation is underway, and ACP is leading the charge,” says Parsons. “I’m honored to join the ACP team as we build on this progress and deliver the low-cost, reliable, pollution-free power system Americans want and deserve.” 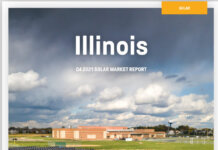