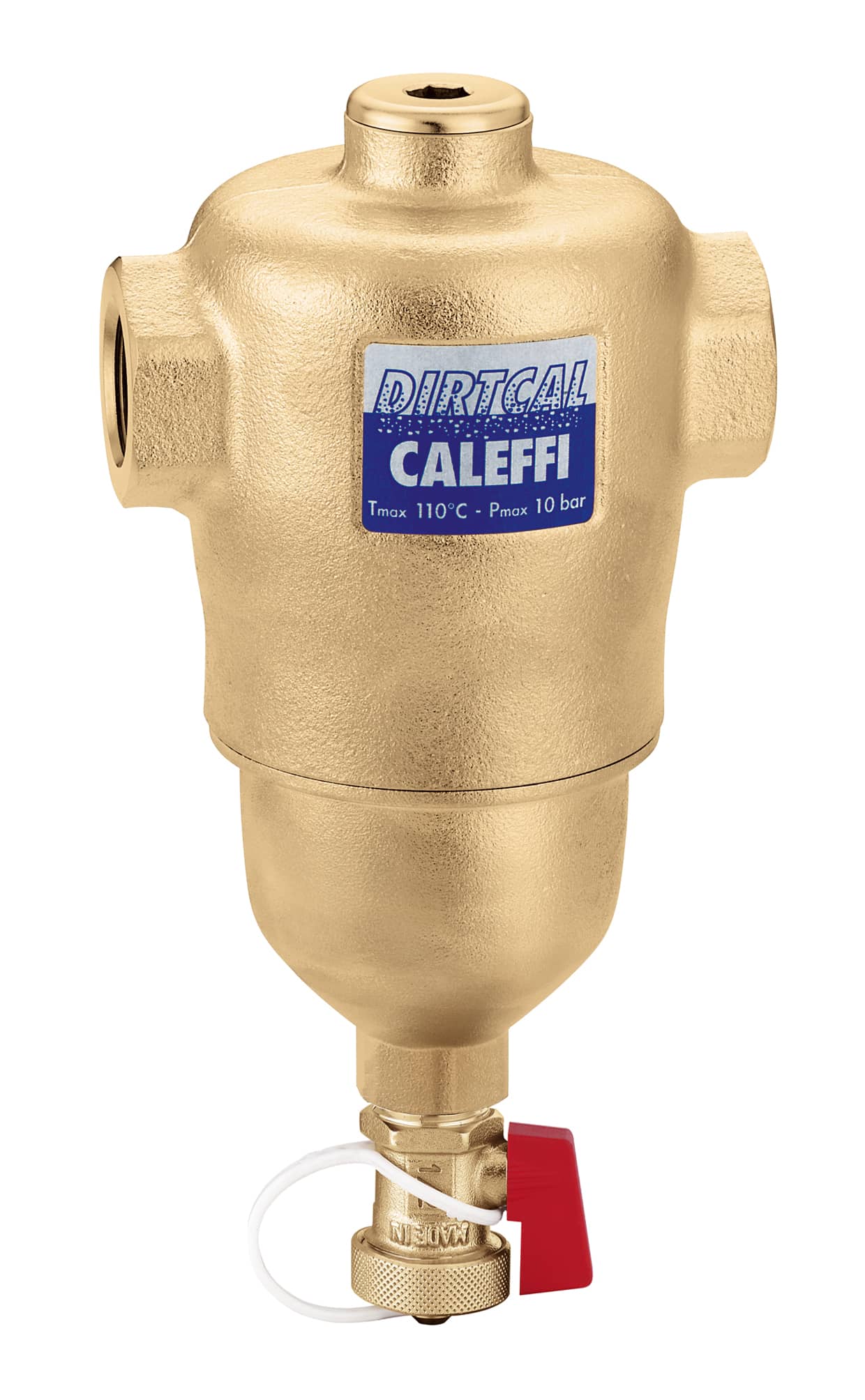 Caleffi Dirtcal dirt separators, with specially designed internal media, provide surfaces that assist in separating the dirt particles and guiding them downward into a low-velocity chamber, where they settle on the bottom. The particles can then be removed, even while the system is in operation.

The company says the Dirtcal creates a lower pressure drop than that found in a comparably-sized basket or Y-strainer. It also remains in service for longer periods between cleaning because it secures the collected sediment away from the flow stream. Dirtcal separators can also remove particles much smaller than those removed through a typical Y-strainer, with Dirtcal separators removing particles as small as 5 microns.