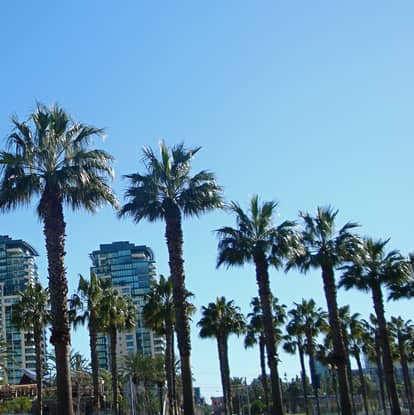 The solar sector in California stands to receive a potentially significant boost if a four-pronged renewable energy policy and business initiative introduced this week by state legislators is signed into law.

Assembly Speaker John A. Perez and Senate President pro Tempore Darrell Steinberg have introduced the Clean Energy Jobs Initiative, which is designed to both accelerate renewable energy deployment in California and aid the budget-beleaguered state in resolving its persistent fiscal crisis.

The initiative carries weight for national solar policy as well. California is, of course, the U.S.' runaway leader in solar deployment, and its pro-environment policies are frequently regarded as a bellwether for the rest of the country.

The RPS, which reintroduces legislation proposed by State Sen. Joe Simitian, would require investor-owned utilities, publicly owned utilities and energy service providers to procure 33% of California's electricity from renewable sources, according to a fact sheet issued by Perez and Steinberg.

In fall 2009, this mandate was approved by the California State Legislature but vetoed by then-Gov. Arnold Schwarzenegger, whose ‘subsequent efforts to address the issue by executive order have proven both ambiguous and problematic,’ Perez and Steinberg claim.

The Renewable Energy Siting Act – the package's second component – would allow developers of wind power plants and geothermal power plants to take advantage of the expedited permitting and environmental-impact assessment options that were made available to solar project developers last year.

Additionally, for all renewable energy projects – including solar projects – the bill would allow applicants to provide to the California Environmental Quality Act's reviewing agency information on the proposed installation's environmental benefits.

Under this directive, the State Energy Resources Conservation and Development Commission would fund approximately 90 new California Partnership Academies, using $8 million in funds from its Energy Resources Program Account. Schools eligible to receive grants would be required to partner with regional renewable energy businesses.

Finally, the Clean Energy Reserve program is intended as an alternative to Property Assessed Clean Energy (PACE) programs, which have been plagued by objections from the Federal Housing Finance Agency (FHFA). (California's attorney general, along with several advocacy organizations, is currently challenging the FHFA in court.)

The new initiative, which would use the $50 million that was previously designated for PACE, would ‘provide a reserve or other credit enhancements to qualified lenders, in order to decrease risk for lenders and reduce interest rates for borrowers.’ Unlike with PACE, however, lenders – not borrowers – would apply for the credit enhancements, which can be applied to loans securing renewable energy installations, energy efficiency projects and water efficiency projects.

The legislative fate of the Clean Energy Jobs Initiative remains to be seen. In their announcement, Steinberg and Perez vowed to send the legislation ‘to the governor's desk as quickly as possible in order to remove the bureaucratic red tape hampering construction of clean energy facilities and burnish California's position as a global leader in developing and sustaining the emerging market of clean technology.’

Gov. Jerry Brown has previously indicated support for renewable energy – including announcing a goal of deploying 20,000 MW by 2020. However, the Clean Energy Jobs Initiative must first clear the California State Legislature.