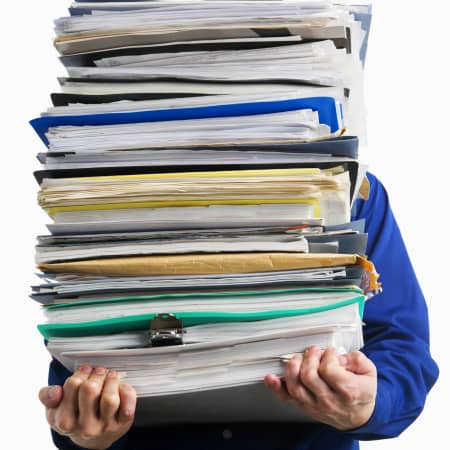 As module prices fall, the PV industry faces increasing pressure to reduce the so-called soft costs of solar installations in parallel. In the U.S., however, complicated permitting procedures and mountains of required paperwork continue to hold back such efforts and, according to many installers, threaten to curtail overall industry growth.

Now, a new organization featuring some familiar industry figures claims it has a plan to cut the price of installed rooftop PV by 50%. Solar Freedom Now (SFN), co-founded by Barry Cinnamon and Ron Kenedi, aims not to streamline or digitize the solar installation paperwork required by local authorities, but to cut it completely.

‘We recommend the implementation of a single national policy that would grant homeowners the right to install a standardized, under 10 kW system using UL-listed components, following National Electrical Code standards, installed by qualified contractors and subject to a local inspection,’ SFN writes in a recent white paper.

This policy goal may sound familiar to globally minded solar professionals. Single-page paperwork is the norm in Germany, where an average rooftop PV array can be safely installed for approximately $10,000 – half the price of the average small installation in the U.S., according to SFN's white paper.

How much paperwork?
The subject of German PV costs versus U.S. PV costs has long captured the interest of many industry stakeholders. Last month, for instance, Rocky Mountain Institute (RMI) and Georgia Tech Research Institute (GTRI) announced a new partnership in order to explore the cost divide between the prices of residential solar PV systems in the two countries. RMI and GTRI plan to use Lean and Six Sigma process strategies to analyze U.S. and German system processes and make recommendations.

SFN points to the U.S.' myriad local jurisdictions – each with their own rules and ever-evolving procedures – as one of the primary obstacles to inexpensively installed solar. In all, 18,443 cities and 3,273 utilities in the 50 states currently have jurisdiction over rooftop solar systems, the organization notes in its white paper.

The sheer amount of required paperwork also piles on costs and off-the-roof labor for solar installers. For the ‘simple’ residential rooftop PV array in Northern California that SFN cites as an example, 95 pages of incentives application forms, interconnection submissions, business documentation and more are required.

Automating that paperwork – a strategy sometimes suggested as a means of reducing the administrative burden – is not the answer, according to SFN.

‘The value of the time savings from automating paperwork is often less than the additional costs for the software license, maintenance and training,’ SFN notes. ‘Not surprisingly, automating solar processes potentially increases rather than reduces costs.’

Instead, the organization says, the only real answer lies in national standardization and elimination of superfluous inspections.

Co-founder Cinnamon tells Solar Industry that while the group's formal proposal and outreach efforts are new, several authorities having jurisdiction over solar installations, as well as municipal utilities, have expressed their support of such an idea over the years.

Investor-owned utilities, on the other hand, may prove to be resistant to the proposal. Although reducing paperwork is in their best interest, they ‘still have strong motivation to delay the revenue loss from solar,’ Cinnamon says, adding that a national outreach approach is required.

‘It's tough to get utilities on board, since to them, cheap distributed-generation solar is a sinking ship – sort of like asking saddlemakers and stablehands to help build roads for cars in 1900,’ he points out.

Complementary efforts
The U.S. Department of Energy's SunShot Initiative, launched in 2011, represents the country's most large-scale effort to bring down solar power's soft costs. But according to Cinnamon, SFN can attack the problem from an area where SunShot, by nature of being a government-backed program, is restricted.Â

‘What is very clear is that it is challenging for SunShot – which focuses on technology solutions – to fix what we believe is primarily a policy problem,’ he explains.

‘I would love to see some federal government efforts focused on these policies,’ he adds. ‘However, government agencies are prohibited from supporting policy advocacy efforts. In other words, SunShot cannot give a grant to an entity that is trying to influence the government to eliminate solar paperwork.’

One key group that can directly boost SFN's private-sector efforts is the solar market itself. In fact, Cinnamon says, communicating the magnitude of the solar paperwork problem to the industry represents SFN's first goal.