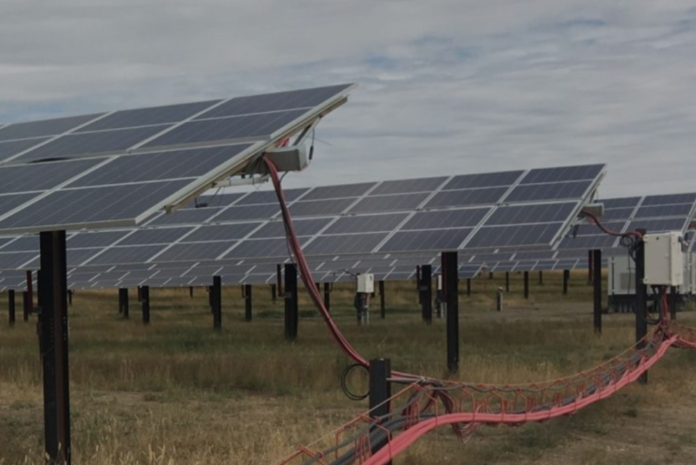 Canadian Solar Inc., a manufacturer of solar photovoltaic modules and provider of solar energy solutions, has completed the sale of the Suffield Solar Project to BluEarth Renewables, an independent power producer that acquires, develops, builds, owns and operates wind, hydro and solar facilities across North America.

The project, currently under construction in southeast Alberta, will have a capacity of 23 MW AC / 32 MWp and will be among the largest solar photovoltaic (PV) facilities in the province. Direct Energy, an energy and energy-related service provider, will purchase the electricity from the Suffield facility once it is operational later this year.

“We’ve had an excellent, long-standing relationship with Canadian Solar having transacted with them on our very first solar project in 2014,” says Grant Arnold, president and CEO of BluEarth. “With this acquisition, BluEarth is excited to expand its footprint in southern Alberta. The Suffield project, combined with one other solar project currently under construction, brings BluEarth’s total solar capacity to 187 MW AC. We also believe more opportunities are on the horizon given the favorable market conditions for renewable energy investment in Alberta.”

For more information about the Suffield Solar Project, click here.