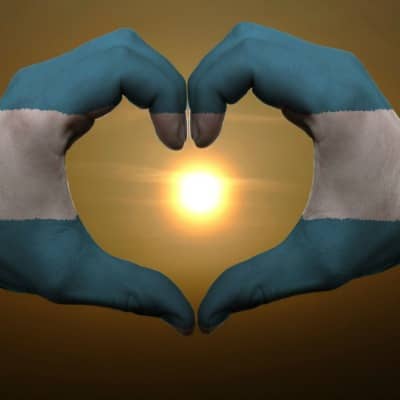 New analysis from IHS Technology says Central America is attracting attention from photovoltaic power developers and is on track to install 1.5 GW through 2018.

This year, total PV capacity for the six countries of Costa Rica, El Salvador, Guatemala, Honduras, Nicaragua and Panama is forecast to reach 22 MW, up from 6 MW last year. Next year is expected to see a great leap forward, IHS says, when PV capacity leaps to 243 MW. But it is in the following three years when the solar market will make its greatest strides in the region, with aggregate PV capacity from 2016-18 accounting for 81% of the six-year projected total.

Overall, IHS says the region's current PV pipeline of planned utility-scale projects amounts to 1.3 GW, with half of the projects holding signed power purchase agreements (PPAs). Moreover, the region is enjoying greater policy support for solar renewable energy. The pipeline is expected to grow now that a couple of tenders have ignited the market, and developers are testing the waters to access new project opportunities.

‘About 70 percent of the electricity generated in Central America already comes from renewable sources, mainly hydro,’ says Josefin Berg, senior analyst for solar demand at IHS. ‘Yet over the past few years, increasing power demand has been met with new thermal generation thanks to power generated from oil, coal and gas, increasing reliance on fossil fuel imports. To counteract this and to avoid future volatility in electricity pricing, governments have begun supporting the controlled deployment of renewables.’

This year, El Salvador awarded 94 MW of PV in a tender that grew out of an original plan for 60 MW of PV together with an additional 40 MW of wind. The bid prices for the three projects awarded in El Salvador ranged from $102/MWh to $123/MWh.

In an effort to craft winning bid prices, developers are targeting projects sized above 10 MW, IHS says, leaving the awarded capacity in the hands of a few companies. All told, three companies shared the awarded 94 MW in El Salvador. Three companies also took home the 85 MW awarded in Guatemala.

For its part, Panama is still finalizing details for the upcoming October tender, IHS reports, but the average size of more than 20 licensed projects is 24 MW, pointing to another tender with only a handful of winners. Honduras, meanwhile, has opened up for more developers by designating as much as 600 MW of projects for PPA approval.

The region is focusing not only on large projects but also on projects with less ambitious scopes. In areas with frequent electricity blackouts and where backup power comes from costly diesel generation, PV is slowly gaining traction as an alternative source of power. In countries like Costa Rica and Honduras, net-metering schemes are being rolled out, which could propel the small-scale PV segment.

IHS says the long-term deployment of PV and other power-generation sources also hinges on the rollout of the Sistema de Interconexion Electrica de los Paises de America Central, a project tasked with interconnecting the power grids of the six Central American nations.

One potential roadblock in the region's renewables pathway is in securing capital.

‘The problem in Central America is getting the financing,’ says one industry veteran with experience in financing renewable energy projects in the region. ‘Commercial banks will not generally lend there, so you have to look at the multilateral banks such as the International Finance Corp., Inter-American Development Bank, Overseas Private Investment Corp., etc. They all have country limits every year, so there may be a funding shortage.’