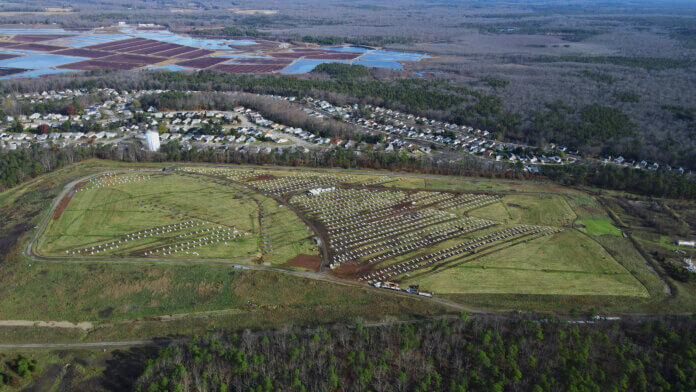 Consisting of two co-located 5 MW solar systems that span across two utility territories, this project will utilize the ballasted solar racking solution from Terrasmart. Beyond converting previously unusable land to a clean energy generating asset, the project will also serve low-to-moderate income residents and will enable the township to recoup 40 years of back taxes and interest. Construction of this project is expected to be complete by May 2023.

“We are excited to be able to build upon the success of our redevelopment project in Mount Olive, New Jersey – the largest solar landfill project in North America, by utilizing a similar process with this project,” says Chris Ichter, executive vice president at CEP Renewables.

As with the Mount Olive project, the BEMS project was also purchased by way of the redevelopment and tax lien foreclosure process – a structure that was entirely unique before the Mount Olive project. The Big Hill landfill site in Southampton had been long abandoned by its former owner, resulting in the site accruing millions of dollars in tax liens. As part of the public-private partnership between CEP and the Township of Southampton, CEP acquired the tax liens from the township, paying back all past-due taxes in the process, and foreclosed on the landfill property. CEP is now the owner of this landfill site, and the township, meanwhile, has been able to recoup nearly 40 years of back taxes and interest.

“We’re proud that CEP Renewables has selected us to provide our expertise for this impactful landfill solar project due to our proven ability to complete these challenging projects safely and cost effectively,” comments Michael Dillon, director of operations at CS Energy. “We look forward to working alongside CEP Renewables to convert a previously unusable site into a solar generating field that will provide substantial environmental and financial benefits to this local community.”

This BEMS project represents just one of 16 landfill or brownfield projects that CEP currently has under development.