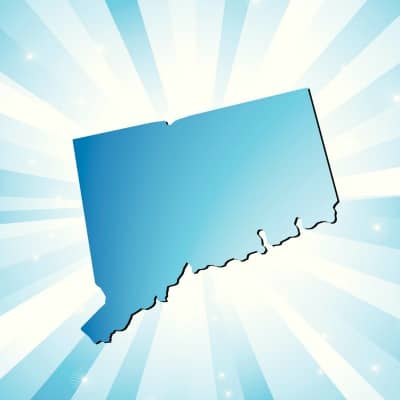 Maryland-based Standard Solar Inc. will design and install a 3.6 MW solar power system for the Town of Stafford, Conn., as part of a program to make the town's municipal load completely satisfied by renewable energy.

The project will feature three arrays: two 1.3 MW arrays located at Stafford Middle School and a 954 kW array at the town's landfill. The town is also installing a geothermal heat pump system that will replace four oil burners in the town's four largest public buildings. Replacing oil with geothermal will actually increase the electrical load; however, this will be compensated for by the output of the three solar arrays, which are expected to produce approximately 4.6 GWh of electricity per year.

Rather than follow a typical financing route for a municipality – which cannot avail itself of the federal investment tax credit (ITC) – by financing the solar project through a power purchase agreement (PPA) or lease, the town elected to purchase the systems through a tax-exempt lease purchase (TELP). This option is available to public, nonprofit and other tax-exempt organizations and enables the buyer to spread the purchase cost over the period of the lease.

‘There's been a lot of talk about TELPs for municipal purchases in the U.S., but they haven't really been used for solar in my experience,’ says Tony Clifford, CEO of Standard Solar. ‘This really is pretty novel.’

One of the reasons for the scarcity of TELPs in municipal solar deals is the combination of factors that move the Stafford solar project forward. Richard Shuck, Stafford's first selectman, says the town has a very active energy committee with excellent engineering support that was willing and able to take on the task of owning a solar array large enough to meet the town's needs.

‘We looked at our consumption and wanted to know the most cost-effective way we could reduce energy costs,’ Shuck says. ‘The town has recognized the value of energy independence and formulated a plan to get the town to a net zero energy goal.’

According to Dennis Milanovich, Stafford's town engineer, the conventional wisdom is that because municipalities cannot take advantage of the 30% ITC, they typically finance solar projects through PPAs or lease agreements. However, if the town was prepared to take on the complexities of issuing a request for proposals and assuming financial responsibility for the project, it was able to eliminate the overhead of having a third-party developer involved.

‘The reality was that because we were willing to buy in such large quantity and buy it as a construction project, we got our dollars per kilowatt down to about $2.50,’ Milanovich says.

As currently configured, the solar project will consist of approximately 11,780 Canadian Solar CS6X 310 W modules. The two arrays at the school will be fixed-tilt ground mounts, while the landfill will have a ballasted system that won't penetrate the cap. The inverter type has yet to be determined.

Key to the viability of this approach was Connecticut's Zero-Emission Renewable Energy Credit (ZREC) program combined with the state's virtual net-metering policy. The ZRECs provide the financial returns that the town can use to pay for the system. Virtual net-metering gives the town some flexibility about where it can place the arrays and still get credit for them.

‘Our existing expenditures combined with the ZRECs actually more than make up for the lack of any federal tax credit on this project,’ Shuck says. ‘Our project – combined with the geothermal – is projected to be cashflow positive right from the start.’

Because the town owns the three sites selected for the solar arrays, no lease was required for the land. The two locations for the arrays near the school are also near one of the town's three circuits from the substation. The third site at the landfill where there are no loads, and thus is rendered useful solely due to virtual net metering, is on a separate circuit. This is expected to balance the project from an interconnection standpoint and facilitate utility approval.

‘We couldn't have done this without the ZRECs and the virtual net metering,’ says Standard Solar's Clifford. ‘If you could only use the power at the place it was being generated, the project wouldn't be possible.’

The combination of Connecticut policies enabling the Stafford project underscores the importance of a state's legislative and regulatory climate in promoting the growth of a vibrant solar sector. This importance of state and local policies is going to become even more significant if the ITC expires as scheduled at the end of 2016.