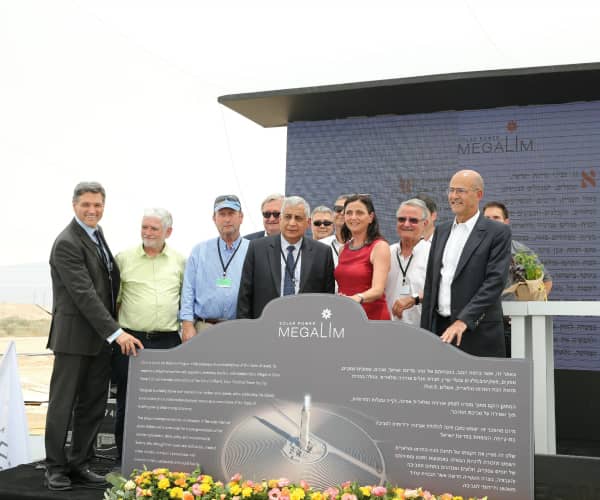 In total, these facilities are expected to have a capacity of 300 MW, about 2% of Israel's electricity production. Israel says it is committed to generating 10% of its electricity from renewable sources by 2020.

The Ashalim Plot B plant is being constructed by a consortium led by France-based Alstom and including U.S.-based BrightSource Energy. Both of these firms own 25.05% of the project. The remaining 49.9% is owned by the Noy Fund. Approximately 80% of the project funding is being provided by an Israeli banking syndicate, led by Bank Hapoalim and by the European Investment Bank.

‘From 2018 onward, Megalim and the Ashalim Plot B project will deliver a real contribution to Israel's diversification and de-carbonization of its energy sector,’ says Israel Kroizer, executive vice president of engineering and operations for BrightSource Energy (Israel).