Home Solar News Could Solar Be Cheaper Than Natural Gas? 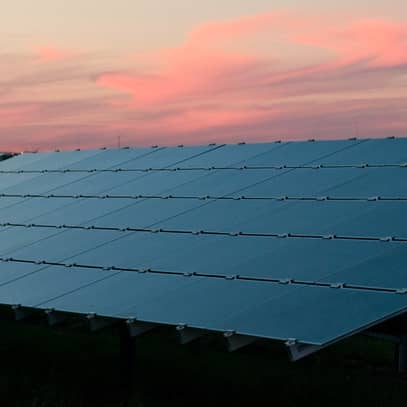 Could solar be less expensive than natural gas in Texas? According to new analysis from the Electric Reliability Council of Texas (ERCOT), cost-competitive renewable energy is a reality under updated cost models that reflect current prices and performance data for solar and wind.

The ERCOT study could send powerful signals to unleash new interest in solar deployment in Texas – often considered a promising but underdeveloped solar market. Major utility-scale PV projects have begun to spring up, but the state is home to a heavy fossil-fuel industry presence and significant wind power deployment that has often crowded out solar as utilities fulfill renewable energy mandates.

The most recent edition of ERCOT's Long-Term System Assessment, which is designed to help policymakers, utilities and regulators make decisions on power generation and grid issues, uses updated metrics for the cost calculations of solar and wind power.

As it turns out, crunching the numbers with modern, real-world data makes a big difference in how solar and wind power fare in cost-competitiveness and likely deployment over the next two decades. Factoring in potential rises in natural gas prices or the addition of new environmental regulations further shifts costs in favor of renewables.

‘Looking at the scenarios in the study, what I find remarkable is their consistency,’ Meehan tells Solar Industry. ‘While the business-as-usual scenario and other sensitivities based on those assumptions show only natural gas additions [to the grid], all other scenarios – including scenarios with high natural gas prices, additional environmental regulations and updated renewable energy assumptions – show strong growth of wind and solar power in Texas over the next 20 years.

The numbers are striking: ERCOT found that under the business-as-usual scenario (without updated assumptions), Texas' utilities could meet their energy needs over the next 20 years almost solely through 20,000 MW of natural gas, along with a limited demand-response initiative. The updated scenario, on the other hand, projects 17,000 MW of wind power and 10,000 MW of solar power.

Moreover, EDF points out, the study found that adding renewable energy led to lower market prices for electricity at many time points.

A 2012 study commissioned by the Solar Energy Industries Association came to similar conclusions. According to that analysis, adding PV to Texas' grid during its capacity-challenged summer 2011 would have saved customers an average of $155 to $281/MWh, as well as helped prevent emergency voluntary shutoffs.

Practical considerations
Those 10,000 MW of solar power in Texas referenced in the ERCOT study may be cost-competitive, but how will they be built? How large will the projects be?

‘I think the distinction between large- and small-scale plants is shrinking, in terms of both price and characteristics,’ Meehan says. ‘For instance, all of the large-scale solar plants built in Texas to date have been relatively small – under 40 MW – and located within or near major cities.’

The existing projects' locations help reduce the need for extensive transmission work. Meehan reports that the bulk transmission build-out for Texas' Competitive Renewable Energy Zones, projected to be completed by the end of this year, will likely be sufficient to handle future solar and wind projects as well. Some additional minor upgrades near cities and in the Panhandle region may be needed, he adds.

But for solar developers, a more immediate obstacle to getting new capacity built is Texas' current price signals, which Meehan says are not favorable to building any new type of generation, whether renewable or fossil-fuel energy.

‘If and when regulators resolve this issue – so long as they don't put in place any new rules that bias the market against renewable energy – we are likely to see a significant expansion of both solar and wind energy in Texas,’ he adds.

‘Texas' utilities are fundamentally businesses, and I expect them to continue making calm, rational decisions, as they have shown in the past as the cost of wind energy came down,’ Meehan notes. ‘Texas generators are happy to invest in any technology that will help them compete in the market.’