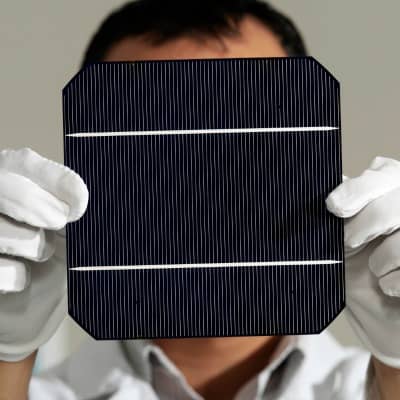 Researchers at the U.S. Department of Energy's National Renewable Energy Lab (NREL) and the Massachusetts Institute of Technology (MIT) have collaborated on a study exploring the factors that drive regional solar photovoltaic module manufacturing. One key finding is as supply chains mature, the location of solar power demand becomes more important than labor costs and government industrial policy.

The study, published in the journal Energy and Environmental Science, assesses the drivers of regional trends in solar PV manufacturing. The study focuses primarily on those drivers as they relate to China and the U.S., but its authors say this is for the sake of simplicity rather than as a direct effort to bring PV manufacturing back to North America. However, the study does conclude that the potential for a U.S.-source PV revival is there because demand for solar power in the U.S. could attract and sustain it.

‘MIT has a large research interest in crystalline silicon,’ says Douglas Powell, a graduate student researcher at MIT's Photovoltaic Research Laboratory and co-author of the study. ‘We wanted to explore whether further research is a valuable direction. The study took a long-term view with a major emphasis on industrial relevancy.’

The study suggests that the relationship between PV manufacturing and research and development (R&D) is a strong one.

‘As you lose manufacturing you lose R&D,’ says Alan Goodrich, a senior analyst of solar manufacturing costs at the NREL's Strategic Energy Analysis Center and lead author of the study. ‘What are the implications of seeing the solar supply chain coalesce around a few regions in China and Southeast Asia?’

One of these implications, the study suggests, is that R&D suffers in an atrophied manufacturing environment because there is not a clear pathway for ideas to attract venture capital investment to turn them into better products.

In the U.S., investment opportunities in commercializing PV research have been decimated by overcapacity. As a result, solar R&D, which Goodrich characterizes as strong but weakening, inevitably suffers.

‘Venture capitalists don't want to invest because some entities are willing to produce products with little or no profit,’ he says.

An interesting finding of the study is that the widely perceived advantage in labor costs in China is, in fact, negligible. Rather, Chinese market dominance is founded in economies of scale and a well-developed supply chain. The study reports that lower Chinese labor costs currently amount to a $0.07/W advantage over U.S. factories, but that advantage is negated by inflation and other indigenous factors.

Study co-author Ted James, an energy analyst at the Strategic Energy Analysis Center, says shipping costs are becoming a factor in the global PV industry. ‘As manufacturing efficiencies increase and costs go down, shipping costs become more of a proportional factor,’ he says.

For certain parts of the supply chain, namely module assembly, shipping costs matter. As the industry approaches a $0.50/W module price, shipping costs – currently on the order of $0.03-0.05/W – stand out, and stand to play a more important role in factory location decisions.

While government interventions in PV manufacturing on the order of China's efforts since 2007 have been shown to have a cooling effect on R&D investment elsewhere, government policies have an undeniable role in stimulating demand for solar power. Without commenting on the propriety of specific policies, the study's authors say efforts such as the DOE's SunShot initiative, as well as incentives mandated by state authorities, act to stabilize demand conditions in the U.S., which could open the door to a PV-manufacturing renaissance.

‘The U.S. has world-class solar resources, is an attractive location for investments, has relatively low-cost and stable electricity supply, and a well-developed innovation infrastructure that PV manufacturers might use to their advantage for certain production activities,’ Goodrich says. ‘In the future, we believe that access to capital will be improved for manufacturers in all regions, and demand will rise significantly – these are conditions that will likely disrupt the current industry supply chain, mitigate the impact of government interventions on factory location decisions.’