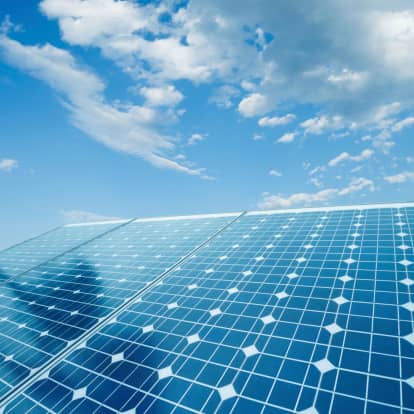 Switch, a global technology solutions company, has announced that all of its SUPERNAP data centers and its more than 1,000 clients co-located at its facilities will be powered by 100% solar power, effectively fulfilling its pledge to the White House American Business Act on Climate.

While some data centers only purchase renewable energy credits (RECs), often from several states away, Switch will be producing all of the energy it needs through two new solar facilities operating in Nevada.

The company says that these projects, Switch Station 1 and Switch Station 2, will generate a total of 180 MW. During construction, Switch partnered with local utility NV Energy to utilize renewable energy from existing facilities in the state.

‘We all are proud to partner with Switch to help it become the first southern Nevada customer to be supplied by 100 percent renewable energy,’ says Paul Caudill, NV Energy's president and CEO. ‘Switch's leadership has opened the door for other large customers, including the City of Las Vegas, to meet their own renewable energy goals without negatively impacting the rates of other customers.’

Switch hopes this move will positively change the energy consumption model for other similar companies, seeing as data centers are one of the largest and fastest-growing consumers of electricity in the U.S., according to the National Resources Defense Council.