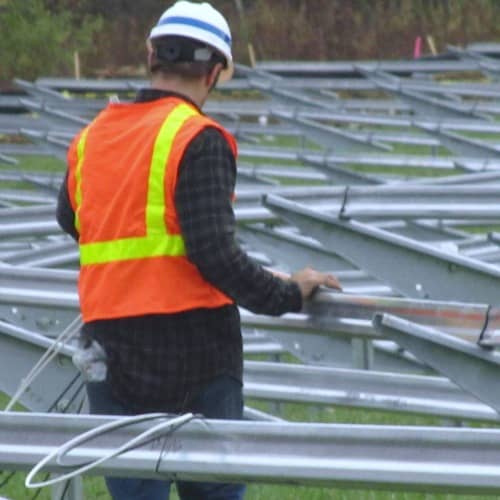 According to Washington, D.C.-based The Solar Foundation's (TSF) 2013 National Solar Jobs Census, solar-related jobs grew nearly 20% over the previous year. In fact, the nonprofit organization reported that 18 states doubled their year-over-year employment base.

However, do solar job numbers have any real effect on policymakers at the state level? According to Andrea Luecke, executive director at TSF, the answer can be hard to quantify. For starters, she says, while information about job creation is important, there are often several factors that may influence policy decisions.

"Jobs provide the most benefit to a local economy and are a key factor in local project-based decisions,’ she says. ‘But as far as changing state renewable portfolio standards – or other energy policies – jobs are one factor out of many that could influence a vote.’

Often, Luecke explains, solar advocates provide testimony to state legislators to inform policy. However, the success of the testimony can be difficult to quantify without asking each legislator personally.

However, through its National Solar Jobs Census – now in its fourth year – TSF is providing legislators and policymakers with access to richer, more detailed data than was previously available.

‘[The BLS data] doesn't go beyond the pure numbers,’ she says, adding that the BLS relies on companies and organizations to self-report job information.

By themselves, the raw numbers do not divulge anything else about the worker, and as such, are unlikely to provide little basis to make a decision.

TSF's census is based on tens of thousands of phone calls and emails to solar sector employers. The pool of potential respondents is compiled from multiple sources, including the Solar Energy Industries Association's comprehensive National Solar Database.

One key data difference, Luecke says, is how the information is gathered. For gathering information about solar jobs, the organization asks human resource professionals the percentage of time a worker spends performing a solar-related task. That's in stark contrast to using the full-time equivalent (FTE) metric – the method used by the BLS.

According to Luecke, tabulating solar employment in this manner avoids over-counting, which could happen using the FTE metric. For example, a worker could be counted as having a ‘solar job’ by BLS standards even though he is only spending 10% of his time on a solar-related activity. TSF defines a solar worker as someone spending at least 50% of his time working on solar.

Such methodology, she says, recently yielded this significant statistic: Nearly 90% of all solar workers spend 100% of their time on solar-related activities.

‘Our mission is to provide credible research,’ Luecke explains. ‘And providing this type of market research is critical to our efforts.’

And while solar installed capacity grows, states such as Arizona, California and Massachusetts – which grew its year-over-year solar-related job base by 12% -Â increasingly rely on the census.

‘We use reports like The Solar Foundation's Solar Jobs Census and the Massachusetts Clean Energy Industry Report as report cards on how our efforts are working throughout the industry,’ says Rick Sullivan, Massachusetts' Secretary of Energy and Environmental Affairs. ‘We are also analyzing trends reported in the studies to see how we can support continued growth in the solar and clean energy sectors moving forward.’