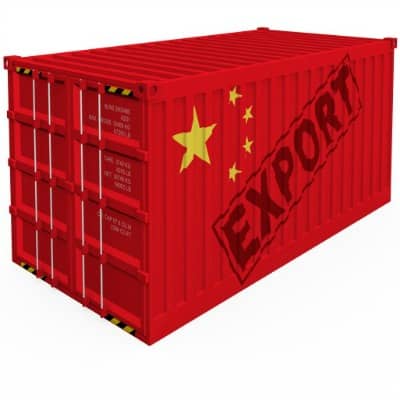 Ostensibly, SEIA's plan calls for equitable concessions from both sides. SEIA called for the U.S. to remove its tariffs on solar cells from China, and China would lift its duties on U.S.-made polysilicon, the key component of solar cells.

SEIA's proposal also calls for the establishment of the Solar Development Institute, which would be funded by Chinese manufacturers. According to SEIA, the institute would focus its resources on expanding the U.S. solar market for all participants and growing the U.S. solar manufacturing base. The association says it has garnered some political support for its approach.

However, some claim the damage inflicted domestically from illegally dumped solar panels manufactured in China since 2009 have been too severe for SEIA's proposal to take hold.

According to a filing from the U.S. International Trade Commission, the Chinese panels began appearing en masse in the U.S. in 2009. In the three-year period that followed, there was a 1,016.5% increase in the number of Chinese-manufactured solar panels entering the U.S. market. In 2012, 1% of all Chinese exports to the U.S. market were solar panels.

In fact, inexpensive Chinese panels have caused downward pressure on U.S. providers to the point where some are no longer able to compete. For example, Milwaukee-based Helios USA filed bankruptcy protection early last month stemming largely from the glut of low-cost Chinese solar panels.

‘I appreciate the constructive spirit of the SEIA proposal,’ says Samuel Kwon, counsel at law firm Chadbourne & Parke. ‘But I'm skeptical the Chinese companies or the government would welcome it, especially at this stage, since they are still facing lengthy, ongoing trade disputes with other countries and regions on solar cells.’

Timothy C. Brightbill, a partner at law firm Wiley Rein LLP and counsel to manufacturer SolarWorld, says the plan offered by SEIA allows Chinese providers to pay less duty to sell its products here because it would require the U.S. industry to drop its successful trade cases against China.

‘[SEIA's] plan represents a short-term payoff that allows China to continue dumping illegally in the U.S.,’ Brightbill says. ‘We support the U.S. government's efforts to negotiate a solution with China that addresses all of China's continued dumping, subsidies and unfair trade practices.’

Currently, the anti-dumping and countervailing-duty tariffs on Chinese solar panels range from 30% to 250%.

However, Chinese companies can avoid those duties by using solar cells from an outside third country, such as Taiwan. Those cells are currently 8% to 10% more expensive than Chinese cells. In essence, Brightbill explains, the SEIA plan would allow China to avoid the 30% duties by paying a penalty that is far less than 30% – and even less than the ‘cell delta’ of 8% to 10%.

For his part, John Smirnow, SEIA's vice president of trade and competitiveness, says the trade association's primary intention was to establish a framework that could benefit U.S. and Chinese solar manufacturers.

Notably, SEIA's proposal stopped short of including minimum pricing or quotas, a factor that Smirnow says was considered but soon withdrawn, out of concern for potentially raising costs rather than lowering them.

Just the same, it is important to note that unless U.S. solar manufacturers waive their rights, the sanctions to address China's unfair trade practices will remain in place.