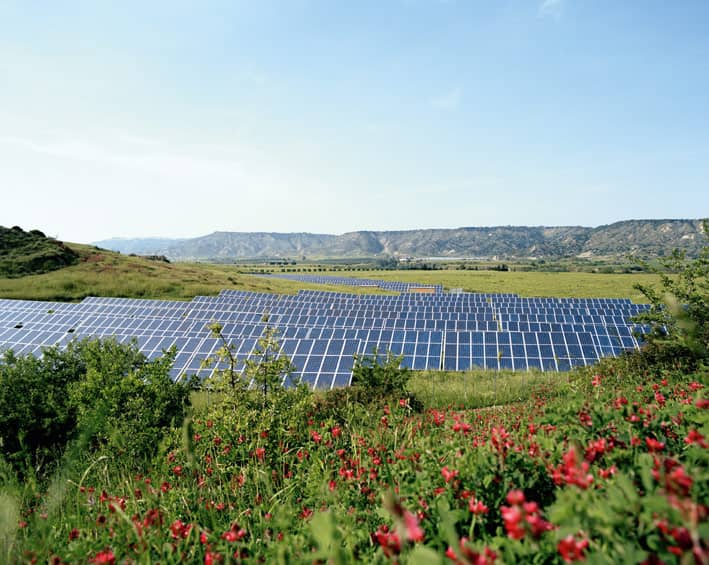 The U.S. Department of Energy (DOE) has revealed plans for a new and possibly game-changing program for encouraging the domestic development of solar companies.

Following the introduction in February of the SunShot Initiative, which aims to reduce the costs of solar power by 75% by the end of the decade, the DOE has now developed SUNPATH.

Minh Le, principal scientist at the DOE, introduced SUNPATH – which stands for Scaling Up Nascent PV At Home – during a presentation at the Intersolar North America conference currently under way in San Francisco. Le offered few specific details but promised that the DOE would make a full announcement of the program shortly.

SUNPATH is intended to address a crucial finance gap for the U.S. solar market – one that is intrinsically tied to the entire economy. According to Le, the trade gap resulting from the U.S.' spending on foreign sources of energy has been a key factor in prolonging our current economic woes.

"Oil is about half our trade deficit," Le pointed out, noting that transitioning to renewable energy will be a means of resolving this problem.

While SunShot focuses on the cost reduction of solar technology itself, SUNPATH aims to grow the domestic solar manufacturing market and help it serve as an economic engine.

‘SUNPATH is an incubator program,’ Le explained. ‘Now, as companies are being attracted by foreign capital, we're having a hard time keeping them in the U.S.’

Early-stage corporate finance for solar in the U.S. is vibrant; the nation holds 77% of the global market share for venture capital and private equity. ‘We have a great venture-capital community,’ Le said. ‘The U.S. is an innovation engine and is supported by the DOE and others.’

However, during the period between initial investments and manufacturing, companies tend to shift their activities abroad.

In 1995, the U.S. held a 43% market share for producing PV cells and modules. That percentage shrank to just 7% last year, while the global solar market grew exponentially, according to Le.

‘China is on the rise – and rightfully so,’ he said. ‘They're making some great investments.’ SUNPATH aims to develop a similarly investment-friendly environment in the U.S. and encourage solar companies to keep their R&D and manufacturing here.

Le stressed that despite the recession and rapid rise of solar manufacturing and investment elsewhere, the U.S. has historically risen to challenges – and catching up is within reach, with SUNPATH and the DOE's other solar programs.

‘Will America be a leader in the clean energy future?’ he asked. ‘It's up to us to decide that.’