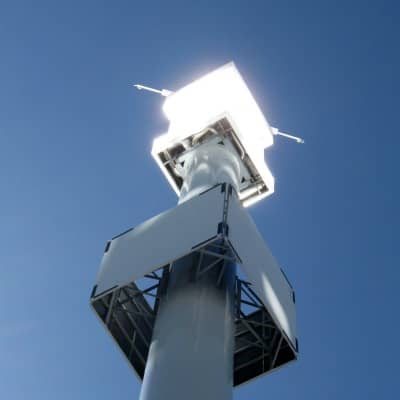 In particular, the thermal storage capability enabled by CSP gives the technology the ability to maintain firm capacity compared to variable generation technologies, the report says, accounting for the increased value. Moreover, if California were to adopt a 40% RPS for 2020, CSP's value would increase to $0.06/kWh.

The new report, funded by the DOE in support of its SunShot Initiative, compares the total operating costs of a system with different levels of solar photovoltaic and CSP penetration, the later with incremental amounts of thermal energy storage capacity.

Thermal storage capability is widely seen as one of the main differentiators for CSP technology, particularly in the face of dramatic reductions in the cost of PV solar power.

In May, the DOE awarded $10 million to six research teams for the development of a new generation of storage technologies based on thermochemistry that could be incorporated into CSP stations. Current technology is typically based on latent energy storage in a heat-trapping medium, such as molten salts.

‘CSP adds significant additional value when compared to less flexible generation sources,’ says Mark Mehos, NREL's CSP group manager and co-author of the report. ‘As the penetration of renewables rises, so does the relative value of CSP. CSP could also allow greater penetration of PV by making the grid more flexible and reducing curtailment of PV by generating energy after the sun sets. We intend to investigate this in more detail for the remainder of this year.’

The report, ‘Estimating the Performance and Economic Value of Multiple Concentrating Solar Power Technologies in a Production Cost Model,’ is the second in a series of analyses of the value of CSP with thermal energy storage and is available here.

The previous report, ‘Estimating the Performance and Economic Value of Multiple Concentrating Solar Power Technologies in a Production Cost Model,’ is available here.