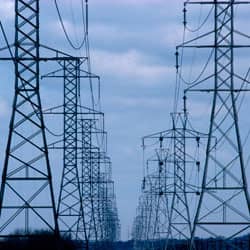 A new ‘standby charge’ introduced by Dominion Virginia Power will require owners of some residential distributed-generation PV systems to pay a monthly distribution fee of $2.79/kW and a monthly transmission fee of $1.40/kW. The fees, scheduled to go into effect next April, apply to installations between 10 kW and 20 kW.

Although currently limited in scope due to the system size restriction, Dominion's actions reflect a potentially worrisome emerging trend for the PV industry.

The increasing amount of distributed PV on the U.S.' electric grids has required electric utilities to adjust – both technologically and financially – to their evolving customer base and load requirements. In some cases, the result is controversial new fees imposed on system owners – changing the PV cost ownership equation and, many installers fear, hurting business.

San Diego Gas & Electric's ‘network use charge,’ introduced in October, remains the most dramatic example, but Dominion's actions have been a source of friction between the utility and the area's PV sector.

‘We are very concerned that the imposition of this charge will [result in] similar charges in other states,’ Francis Hodsoll, executive director of Maryland, D.C. and Virginia Solar Energy Industries Association (MDV-SEIA), tells Solar Industry.

In testimony before the Virginia State Corporation Commission (SCC), Hodsoll called the utility's rate proposal ‘inherently flawed,’ noting that the new rates may cause a customer with PV a system to pay more than a non-PV-owning customer with a similar usage profile.

‘In addition to being an apparent violation of the Virginia statute requiring utilities to provide uniform rates to similarly situated customers, these costs will severely reduce or eliminate the economic value of these [PV] systems,’ Hodsoll said in his testimony. The charges are calculated based on the customer's highest level of demand – measured in a half-hour period – in each month.

Dominion originally also sought to impose generation standby charges on PV owners. This request was denied by the SCC, but the utility may reapply for approval of a new proposal that properly ‘evaluates both the generation costs and benefits associated with serving eligible customer-generators,’ the SCC said in a release.

The utility maintains that the new charges will allow it to recover infrastructure costs and ensure that owners of large systems are paying their fair share.

‘The standby charge covers the cost of Dominion's wires and equipment, which would be on standby for when these large alternative systems don't provide all the homeowner's power,’ Dominion explains on its website.

A Nov. 23 order from the SCC supported the utility's claim that net-metered PV customers should bear a certain cost burden, calling these customers' avoided costs ‘insufficient to pay their proportionate share of the grid.’

Hodsoll, however, says Dominion has not properly acknowledged the avoided costs it enjoys from having net-metered distributed generation on its grid. The ability of PV-generated electricity to match peak demand has historically proven to be an especially useful attribute for utilities.Â

Furthermore, Dominion's new plan may not even be economically sensible for the utility itself.

According to Hodsoll, the utility currently has just one residential PV system in its territory that would be subject to the new charges. Although the new rate proposal now allows for installations between 10 kW and 20 kW to be net metered, future customers will likely be deterred from proceeding with installations greater than 10 kW.

‘I doubt the money collected will cover a fraction of the costs expended to put this charge in place,’ Hodsoll says. By his calculations, covering just its legal fees from the new charges would take Dominion decades.

MDV-SEIA is now seeking clarification from the SCC on its ruling and plans to request that Dominion postpone implementation until further analysis is done. The commission has since, at least, acknowledged that PV provides avoided costs to utilities – which Hodsoll calls a small victory.

The bigger issue at hand – not only in Virginia, but also across the U.S. – remains finding a rate structure that is acceptable to electric utilities, ratepayers and the expanding PV industry.

‘The fundamental issue is that utilities' approach to billing for their infrastructure and operating costs is based on a paradigm of central plants transmitting power over long distances and then distributed to its customers,’ he says. ‘PV is a distributed technology, which completely shifts the paradigm.’