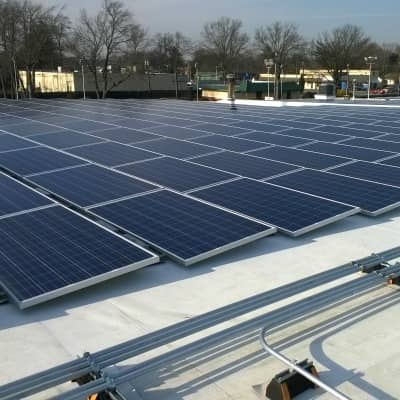 New Jersey-based e2/ECTA Inc. and Haldeman Ford in Hamilton, N.J., have partnered to install a 310 kW commercial-scale PV system on the roof of the dealership.

Built on a flat, white thermoplastic polyolefin (TPO) roof, this installation incorporates technology from SolarEdge, including 13 SE20k inverters and 510 P700 optimizers, as well as 1,020 305 W modules from Lightway. Engineering, procurement and construction contractor e2/ECTA used a ballasted racking system and an extra sheet of TPO between the roof and the racking supports to further protect the roof and maintain its warranty.

According to Chris Panagopoulos, director of engineering at e2/ECTA, Haldeman Ford opted to install a solar project to save energy, obtain solar renewable energy credits and to go green.

The dealership elected to purchase the system outright, avoiding finance charges. At current electric rates, the system is expected to pay for itself in two years.

‘This is the first time we used [the SolarEdge] system. It really simplified the installation and reduced the amount of parts and wiring [almost by half]. Also, the panels are addressable, so you can see what’s going on with every part of your system, which is good coming from an operations standpoint but also for installation,’ Panagopoulos says.

He also points out that the system’s architecture, which is based on power optimizers, offers a number of advantages, such as fixed-voltage input regardless of temperature variations and improved performance under conditions of shading, allowing only the shaded panels to be affected rather than entire strings. 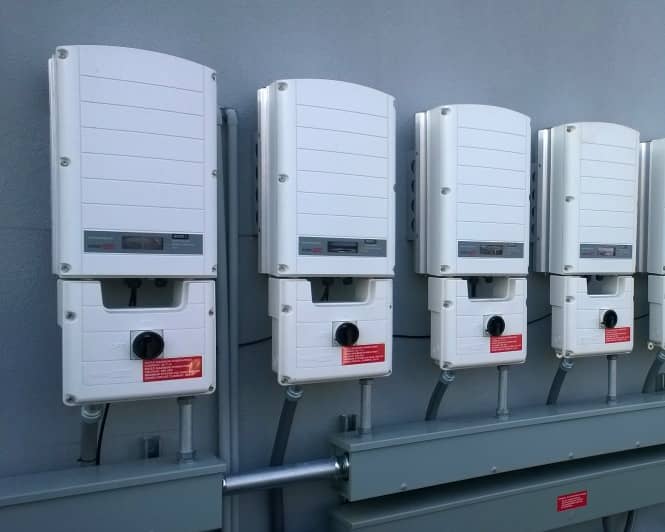 Although a rapid shutdown capability was not required at the time of the project’s design, e2/ECTA chose to implement the feature so the system would be compliant with imminent National Electrical Code requirements. When the inverters are turned off, the system allows the rapid shutdown of high-voltage DC across the roof to ensure the safety of maintenance personnel and firefighters.

Michael Rogerson, marketing manager for SolarEdge North America, says that system owners have the option to use a kiosk display to highlight daily production and any additional solar power information via a public Web page.

In December 2011, e2/ECTA installed a dedicated energy production kiosk at the Lawrence Township, N.J.-based Haldeman Lexus dealership, formerly Lawrence Lexus, another site owned by the same customer. This kiosk, as well as a TV display, exhibits data from the PV system.

According to Panagopoulos, a dedicated TV display will soon be installed on-site at Haldeman Ford as well, to display information on their PV system. This installation is intended to show customers that they are supporting an energy-efficient solar facility.

‘It looks good that you’re going green,’ Panagopoulos says. ‘It makes things look better for your customers. And with all the incentives, it’s really a smart business decision, no matter what.’